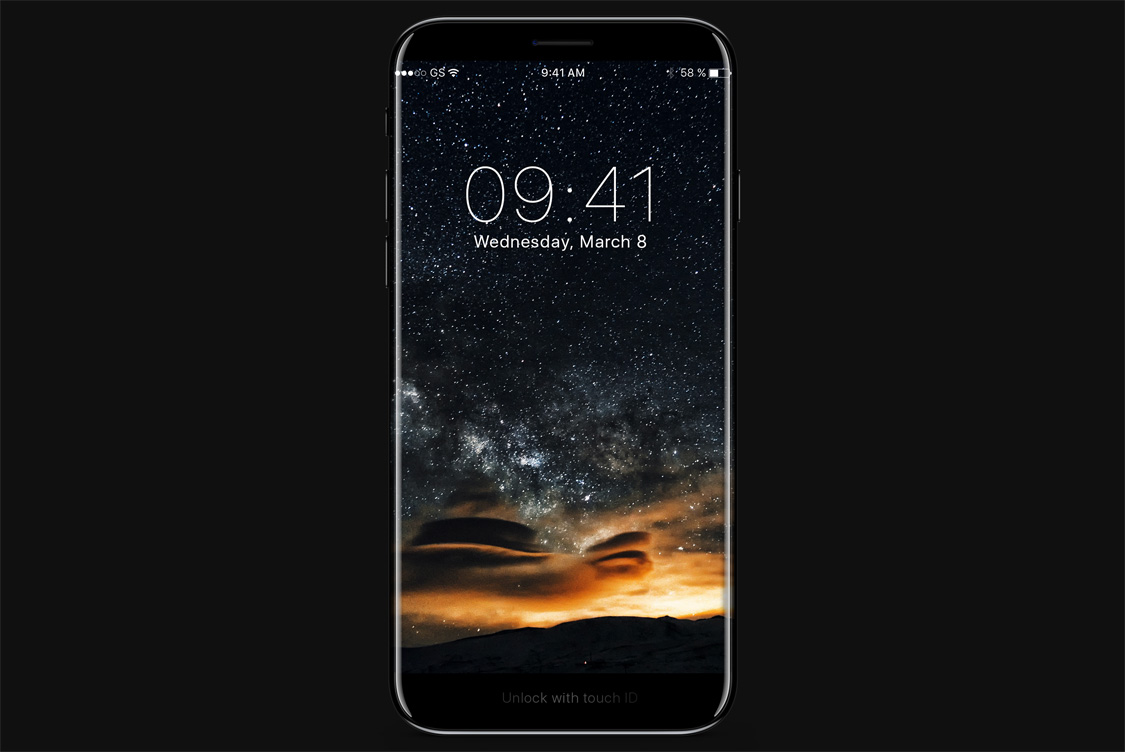 The release of Apple’s 2017 flagship iPhone is still several months away, but the hype surrounding the device has been steadily gaining momentum over the past few weeks. Said to feature an edge to edge OLED display, advanced augmented reality features, and a wide array of additional system improvements and features, Apple’s next-gen iPhone will mark a huge technological leap forward and will likely anchor the largest refresh cycle Apple has ever seen.

And yet, for the first time in years, what Apple plans to call its next-gen iPhone remains up for debate.

From what we’ve gathered from an assortment of credible rumors, Apple’s 2017 iPhone lineup will consist of three distinct devices: an iPhone 7s, an iPhone 7s Plus, and an unnamed 5.8-inch iPhone with a sleek and edgeless OLED display.

Unofficially, Apple’s next-gen 5.8-inch iPhone has already been dubbed the iPhone 8, a reflection of the fact that the device will introduce a brand new form factor, a change Apple typically reserves for devices released after an ‘S’ cycle refresh.

More recently, we’ve seen reports claiming that the iPhone 8 will actually be called the iPhone Edition, a name which makes much more sense than the iPhone 8 ever did.

It’s no secret that Apple over the past few years has been simplifying its branding. Slowly but surely, the “i” naming scheme has given way to more Apple-centric branding. For example, there’s no iWatch, iMusic or iTV. Instead, we have the Apple Watch, Apple Music and Apple TV. More recently, Apple changed iTunes Podcasts to Apple Podcasts.

Consequently, we’re starting to see some chatter and speculation that Apple may keep the train moving and call its next-gen device the Apple iPhone; simple, clear, and unburdened by a legacy of numerical suffixes.

The only problem with this idea is that the iPhone is a device that gets updated every single year. In turn, the numerical suffixes are not only helpful when discerning between two devices, they’re essential for both consumer comprehension and Apple’s advertising efforts. If Apple calls its 2017 flagship iPhone the Apple iPhone, what happens when Apple rolls out a new model the next year, or the year after that? If Apple goes this route, it would effectively be sacrificing long-term clarity for short-term simplicity.

Interestingly enough, Ken Segall — a marketing legend who worked closely with Steve Jobs on a number of iconic Apple ad campaigns — recently planted a flag in favor of iPhone simplicity. In a recent blogpost, Segall suggests a new naming scheme that would arguably make the iPhone lineup much easier to comprehend.

Wouldn’t it be great if each name indicated the phone’s reason for being, and reassured buyers that it contained Apple’s latest technology?

In this naming scheme, customers could choose a “standard” iPhone 8, a large-screen version, a bigger, more feature-rich pro model, and a beautifully scaled-down thin/light model.

Strip away the 8 from every model and it gets even simpler.

This is the Great iPhone Naming Opportunity of 2017. As the family of iPhones becomes more diverse, this is the perfect moment to cast off the complexity and give customers an easier choice.

This is an interesting take as it completely negates the problems associated with Apple releasing two iPhone 7s devices alongside a flagship device with a completely different naming pattern. It also negates the issues that would arise by calling the next-gen iPhone the Apple iPhone. What’s more, there’s a case to be made for abandoning the ‘S’ naming convention altogether. Rightly or wrongly, ‘S’ upgrades are often viewed as tepid updates that are far less compelling than traditional updates a’la the iPhone 4, 5, 6, and last year’s iPhone 7.

All that being said, I think Segall is on the right track here, though the iPhone 8 Mini moniker still seems a bit off. If Apple kept the iPhone SE around alongside the iPhone 8, iPhone 8 Plus and the OLED-based iPhone 8 Pro, I think that would really help streamline Apple’s increasingly complex product matrix. If anything, it’s certainly something worth pondering as the iPhone 8 release date (old habits die hard) draws closer and closer.

Apple may not need to adjust its iPhone naming scheme, but with the OLED-based iPhone on the horizon, if there were ever an ideal time for Apple to do away with the old and welcome the new, 2017 would be that time.