If you have an iPhone 7, you got the wrong iPhone 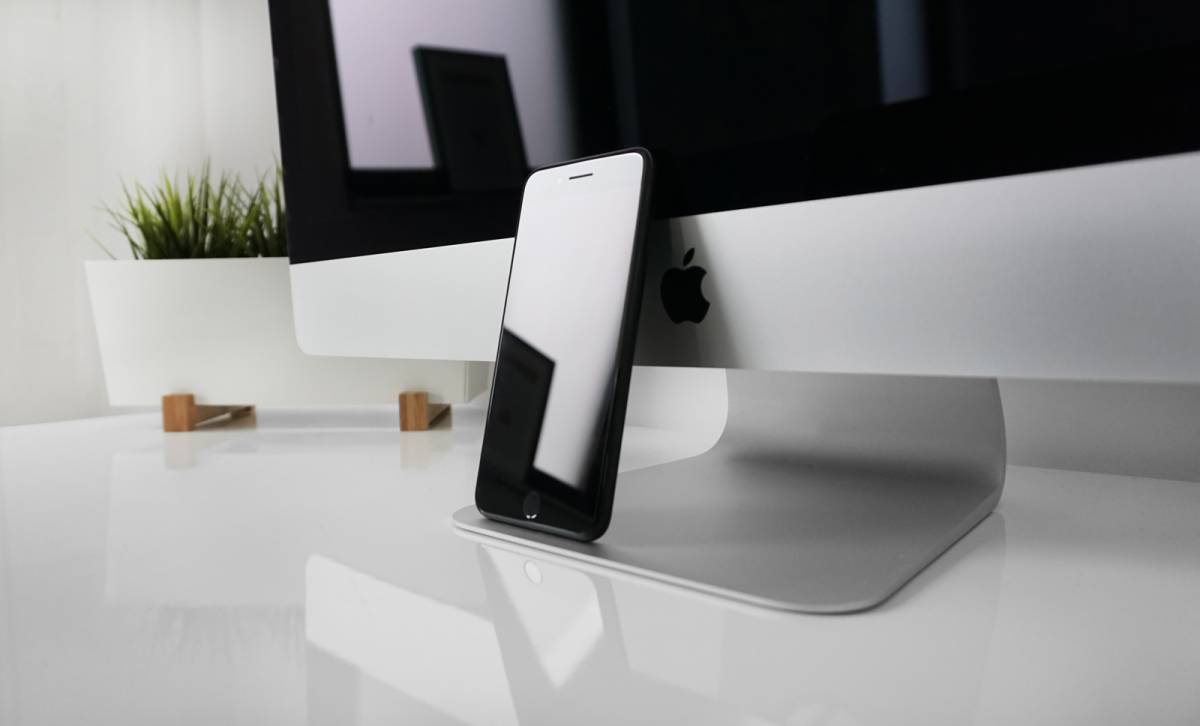 Today marks exactly five months since Apple first released the iPhone 7 and iPhone 7 Plus. Five months since Apple officially changed its iPhone strategy, reusing the same design on a non-“S” model smartphone for the first time ever. Gadget blogs had a field day with all the leaks ahead of Apple’s launch, and many sites labeled the iPhone 7 and iPhone 7 Plus “boring” because their appearance was so similar to the iPhone 6 and iPhone 6s. Well, those boring new iPhones went on to quickly become the fastest selling smartphones in the world, just as most of us knew they would.

I picked up both new iPhone models at launch, and I’ve had a current-generation iPhone in my pocket every day since then. Interestingly, however, it has become increasingly clear to me over that period that for the first time ever, there is a right iPhone to buy and a wrong iPhone.

Apple was famously late to the game when it came to big-screen smartphones. Samsung’s Galaxy Note smartphone first popularized the new “phablet” category back in 2011, but Apple didn’t join the party until 2014 when it launched the iPhone 6 and iPhone 6 Plus. Over the course of those three years, company executives deflected questions about the possibility of big-screen iPhones for the most part, though on occasion, an exec would say that Apple would not release a significantly larger iPhone until it could do so without compromising the user experience.

Fast-forward to 2017, and it’s the smaller of Apple’s two flagship iPhones that makes all the compromises.

I have not historically been a fan of large smartphones. I recognized and appreciated their place in the market ever since I ate crow after my original Galaxy Note review back in 2012. People wanted phones with bigger screens, though I maintain that most people who use phones with large screens would far prefer using a device with a smaller overall footprint. In 2017, we’ll begin to see that transition take place thanks to a shift toward “all-screen” designs.

But I digress. I personally have done my best to avoid phablets over the years. Because I use my phone so often with one hand, a gigantic phone like the Galaxy Note 5 or the iPhone 7 Plus is uncomfortable. The benefits of a device with a larger display have always been apparent to me, but there has never been enough to gain from a phablet to make me change my behavior and compromise.

Then, the iPhone 7 Plus came along.

I touched on this back in October when I wrote about switching from a smaller iPhone and using the iPhone 7 Plus for a month. Apple now sells several different iPhone models, but there is only one iPhone. The iPhone. The device that offers users the best and most complete experience Apple envisioned for smartphone users within the confines of current technological limitations. That iPhone is the iPhone 7 Plus.

First and foremost, the iPhone 7 Plus has a battery that can actually make it through a full day of use on a single charge. iOS 10 has so many great features, but a number of them are quite hard on the iPhone’s battery. If you have an iPhone 7, battery life is something you have no choice but to be overly aware of. You can either compromise your software experience by disabling power-hungry features, or you can compromise your hardware experience by getting a battery case (while there are some decent iPhone 7 battery cases out there that are slim, any battery case will inherently add bulk).

When it comes to the iPhone 7 Plus, on the other hand, most users don’t ever have to think about battery life. Unless you’re spending the day navigating all over your city and tethering with your laptop at the same time, the battery in the 7 Plus can easily carry you through a full, busy day. There’s no need to worry about battery cases, portable chargers or disabling iOS 10 features like “Hey Siri.” With the iPhone 7 Plus, you can just use the phone.

Next up is the 7 Plus display, which is so much better than the screen on the iPhone 7 that it’s difficult to describe. The most glaringly obvious difference between the two phones is display size, but that’s just the beginning.

Apple stuck with the same resolutions on this year’s flagship iPhones — 720p for the iPhone 7 and 1080p for the iPhone 7 Plus. While the result is two phones that fall well short of Android rivals in terms of pixel density, the disparity is really only noticeable on the 4.7-inch iPhone 7 screen. Now, that’s not to say it’s a bad display, but graphics on the Full HD panel in the iPhone 7 Plus are significantly sharper than they are on the smaller flagship model. Colors seem a bit more vibrant as well, but that’s likely a product of the improved image quality as opposed to actual color reproduction.

Now we come to the second most glaringly obvious difference between the iPhone 7 Plus and the smaller iPhone 7: The camera.

Both the iPhone 7 and the larger 7 Plus utilize the same rear-facing 12-megapixel Sony Exmor RS sensor, and both models include optical image stabilization (OIS). The 7 Plus, however, packs a second telephoto lens that serves two purposes. First, it enables a 2x optical zoom function — unlike digital zoom on other smartphones, this feature allows users to zoom in without degrading the photo at all. The second lens on the back of the iPhone 7 Plus also enables a feature Apple calls “Portrait Mode.”

By capturing photos with both lenses simultaneously and analyzing data from the resulting images, the iPhone 7 Plus can create a blurred background effect similar to what you get when shooting portraits with a DSLR camera. All of the magic happens instantly behind the scenes, and the results are beautiful.