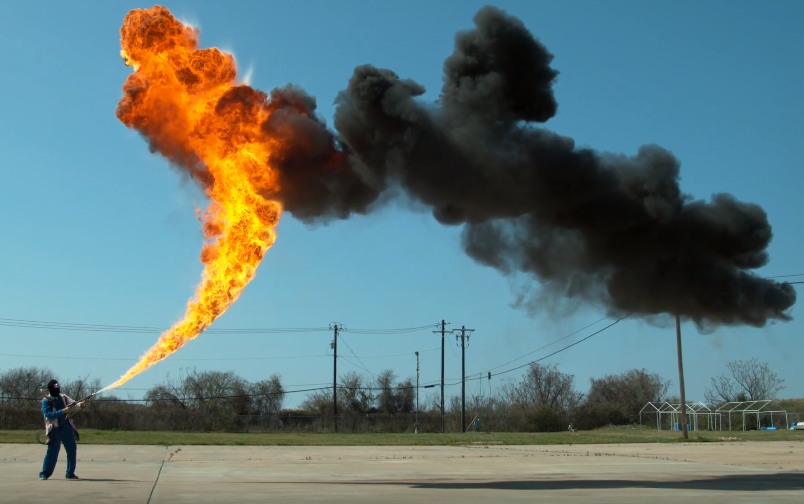 Here at BGR, we love flamethrowers. We’re also big fans of Britons Gav and Dan (a.k.a., The Slow Mo Guys), who have made a name for themselves posting incredible 4K slow-motion videos of all kinds of crazy phenomena. So when I saw that the Slow Mo Guys put out a new video on Wednesday that dealt with flamethrowers, I could not click on it fast enough.

It really doesn’t get much better than this.

It seems that this week the Slow Mo guys received an X15 flamethrower in the mail and they decided to try it out. In case you don’t recall, the X15 is a $1,600 flamethrower that has a range of up to 50 feet if you use the recommended fuel mixture of 90% diesel and 10% gasoline. It also lets you fire out three gallons’ worth of fuel in just a minute, although since the entire fuel tank holds three gallons, you probably don’t want to waste it all in one shot.

The Slow Mo Guys didn’t seem to mind blowing through all three gallons in a minute, however, since that one minute made for an incredible video. In fact, they describe using the X15 as “more fun than the most fun you could ever have in your life.”

Watch the whole video below and judge for yourself. And if you’re interested in learning more about the X15 flamethrower, check out this link, although you should be warned that it may not be legal for you to buy one depending on what state you live in.

Tweet
Can you see the hidden image inside this mysterious red dot?