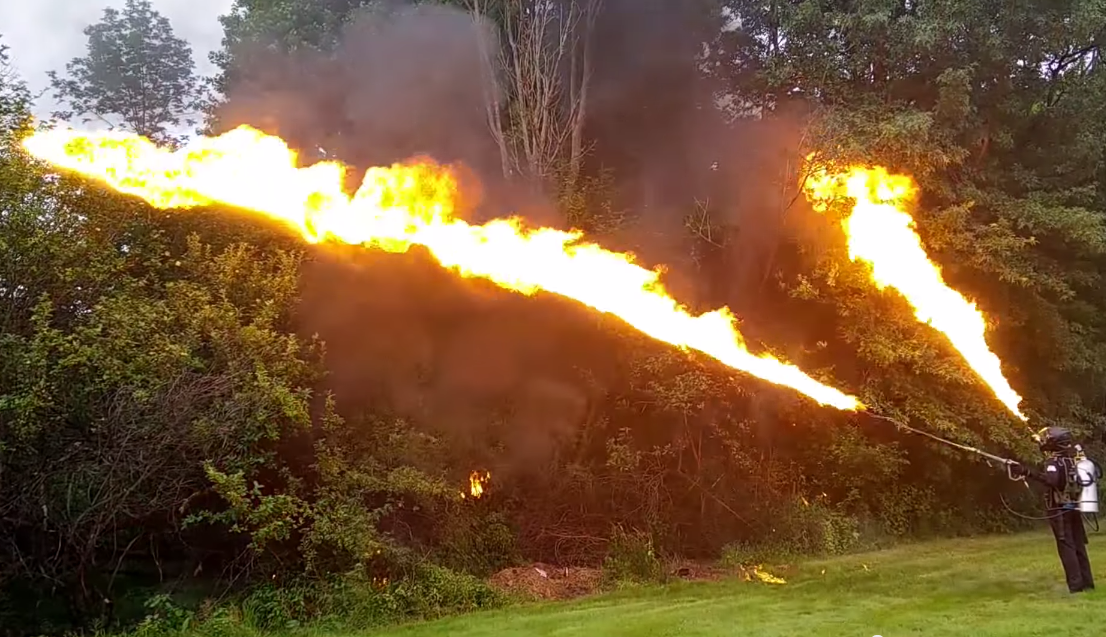 Do you love the smell of napalm in the morning? Then you’re going to absolutely love the X15 flamethrower that you can now buy in 48 states for the price of $1,600.

RELATED: Meet the amazing $174 gadget that lets you shoot fireballs from your wrists

The flamethrower, which you can order online here, is developed by a company called XMatter that’s based in Ohio and that specializes in making flamethrowers that are priced for the average consumer.

In XMatter’s FAQ section, it claims the X15 has a range of up to 50 feet if you use the recommended fuel mixture of 90% diesel and 10% gasoline. Using this mixture also lets you fire out three gallons’ worth of fuel in just a minute, the company says, although since the entire fuel tank holds three gallons, you probably don’t want to waste it all in one shot.

In addition to selling the flamethrower itself, the company also sells its own napalm mixture that you can use as a gelling agent for your fuel that will cost you $139 a pop. Don’t worry, though: Together, each pack of the napalm mixture will last you for around 55 gallons’ worth of fuel so you won’t be constantly ordering pricey refills.

As cool as this sounds, there is an elephant in the room — namely, is it legal to sell flamethrowers to consumers? XMatter says that it’s not legal in Maryland and that you need to have a proper permit to own one in California. In all the other states, however, flamethrowers are basically unregulated… for now at least…

We’ve posted some videos of the X15 Flamethrower in action below for your enjoyment.