These are the new faces of ‘Star Wars: The Force Awakens’ 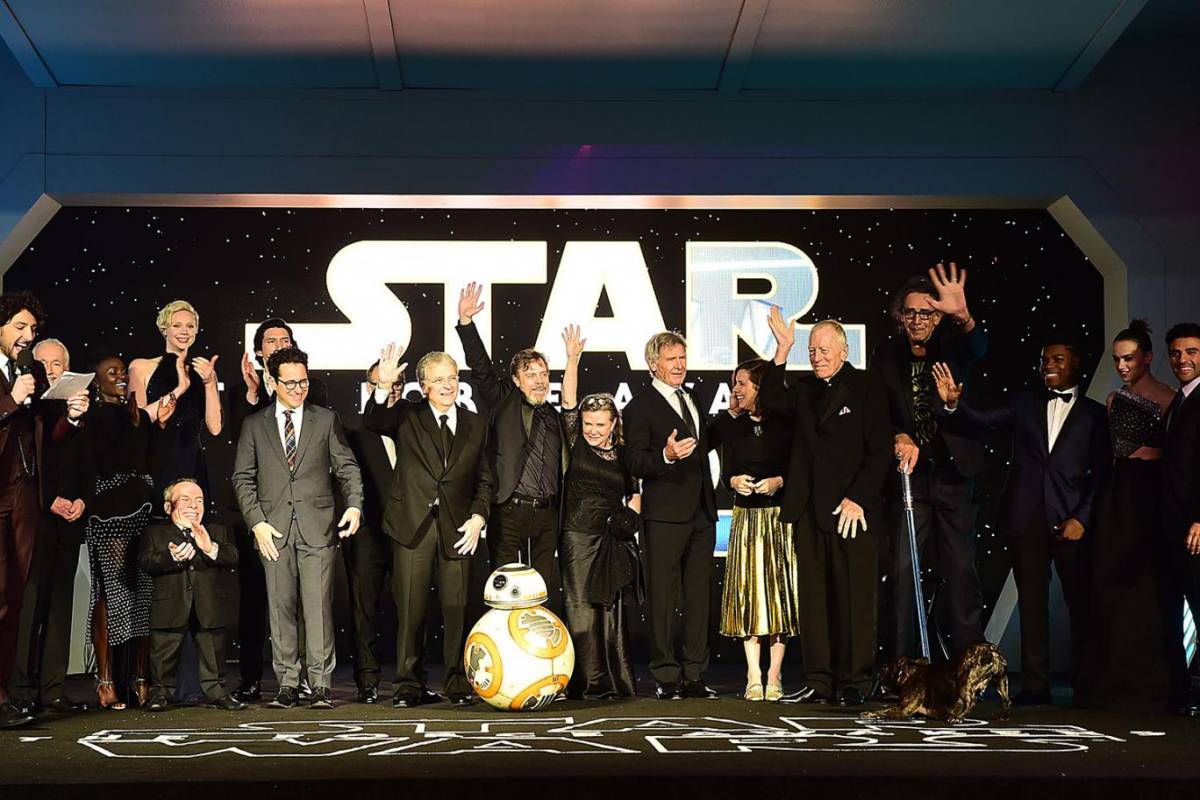 How amazing would it be to have Luke, Leia, Han Solo and the entire original Star Wars gang appear in more future episodes? Unfortunately, that’s just wishful thinking, and we have to get ready to wave good-bye in the coming years while embracing the new cast of characters. Don’t worry though, the originals will all still appear in Episode VIII next year.

Thankfully though, Disney found amazing replacements for them, and the new crew rose to the job perfectly. Rey, Finn, Poe Dameron and Kylo Ren are all promising additions to the Star Wars saga, but who are the actors who bring these characters to life? That’s probably a question many fans have, we’ll briefly discuss the new heroes and villains from Star Wars: The Force Awakens in this article.

Be warned, though, there are major spoilers below, so tread carefully.

Daisy Ridley is the main character in Episode VII, and she’s the reason the Force Awakens – I’m looking at you Hasbro, and at your silly Monopoly games. Born in 1992 in London, the young actress likely has an amazing career ahead of her. You probably haven’t seen her in anything other than Star Wars, and if you have, you might not even remember her. She appeared in various British TV shows and short movies. Some fans might recognize her from Scrawl, a 2015 fantasy movie.

Ridley was chosen to play Rey after she began hearing rumors that casting for the new Star Wars movie started, with J.J. Abrams looking for unknown actors for the roles. She got the part after four callbacks, not knowing what her role would ultimately be in the movie.

Also from the UK and also born in 1992, John Boyega plays Finn, the stormtrooper turned deserter who decided to help Rey and Poe, and the Resistance, fight against the First Order. Unlike the relatively unknown Ridley, Boyega might be more familiar. That’s because some of you saw him in 24: Live Another Day.

Boyega went through seven months of auditions to get the part, as Disney was looking for the actor to play what might very well turn out to be the new Han Solo. After all, Finn certainly seems to have the wit, charm and bravery that would make him a Han Solo replacement.

Read more about Finn’s background at this link.

Born in 1979 in Guatemala, Oscar Isaac is the most famous of the three new Star Wars heroes – maybe because he was supposed to die in Episode VII before Abrams found another use for him. You have probably seen Isaac in a bunch of movies already including Ex Machina (2015), Inside Llewyn Davis (2013) and Drive (2011).

He will return to Episode VIII, and you’ll also see him X-Men: Apocalypse later this year. Read more about the daring Poe Dameron pilot and his presumed purpose in the Star Wars universe at this link.

There’s no Yoda in The Force Awakens, and we can’t have that. Disney has therefor crafted a different brightly colored creature to take his place. Like Yoda, Maz Kanata is very old, and she’s well-versed in the use of the Force. She’s pivotal to Rey’s awakening, and we’re probably going to see more of her in upcoming episodes.

I know what you’re thinking, isn’t Peter Mayhew playing our favorite furry character in Star Wars? Yes he is, but he’s also a bit too old for the physical part, so Disney needed a double for him.

Meet Joonas Suotamo, a Finnish basketball player born in 1986 with a passion for acting. You probably haven’t seen him in anything yet, and you wouldn’t recognize him on the street without the Chewie outfit. But he might have a bright future in the Star Wars universe even though Han Solo is now dead.

Just like with other newcomers to the series, Suotamo had no idea what movie he was auditioning for when he first sent a tape of himself playing a caveman, but as soon as he traveled to London he realized he was going for the Chewbacca role.

The cutest robot in the galaxy is BB-8, so we couldn’t leave him out. He talks gibberish just like R2-D2, at least to viewers. But Rey can understand BB-8, and so can others in the film. There are many actors whose talent helped bring him to life, including Brian Herring, Dave Chapman, Bill Hader and Ben Schwartz.

Andy Serkis needs no further introduction. He might be new to the Star Wars universe – he plays the main villain in the movie, Supreme Leader Snoke – but he’s definitely got a ton of experience and plenty of fans already.

You’ve seen Serkis in a bunch of interesting movies, but you’ll remember him best for his Gollum performance in The Lord of the Rings and The Hobbit sagas. He also played Caesar in the modern versions of The Planet of the Apes series.

And he’ll definitely be back in future Star Wars episodes. In fact, there’s an interesting fan theory about him (check out this link), though Serkis has so far denyed that story line.

Yes, Kylo Ren is an emo version of Darth Vader, but he’s also a pretty scary one too. And yes, we hate him for killing Han Solo, but that was sort of necessary to further empower the character.

Kylo Ren is just one of Snoke’s pawns. The other one is General Hux, a character who doesn’t seem to get much screen time in The Force Awakens. But he certainly appears to be the kind of Empire servant not afraid to stand up to the Dark Side – or at least, he’s not afraid to question and defy Kylo Ren.

Yes, he is returning to Episode VIII. After all, he’s the one who dispatches stormtroopers to rescue Kylo Ren – well, at least, to find him, as he probably doesn’t know yet that Rey almost killed him.

Gwendoline Christie is also a pretty famous actress, and it occurs to us that the Dark Side and the First Order got veteran actors, while most of the good guys are newbies. Maybe it’s because most of them are hidden behind masks and special effects, so we don’t immediately recognize them.

Unfortunately for us, Captain Phasma doesn’t have many scenes in The Force Awakens, but she definitely appears to be pretty intense. Disney has big plans for her, as the studio confirmed she’ll appear in future Star Wars movies – and hopefully, she’ll remove the helmet at some point. In fact, she definitely should, maybe only to prove there aren’t only men in the stormtrooper army.

In case you’re not both a Star Wars fan and a Game of Thrones fan, then you should know Christie plays a fearless knight named Brienne of Tarth in HBO’s smash hit. You’ve also seen her in the fourth film from The Hunger Games trilogy in 2015 – yes, there are four movies in this trilogy – and in The Imaginarium of Doctor Parnassus (2009).

We wouldn’t normally bring up this stormtrooper since he’s not a main character in the story. But this soldier went viral after the movie thanks to his fighting skills. Disney revealed that TR-8R is FN-2199 (just as we suspected), and he might return in future episodes even if he appears to have been shot down by Chewbacca’s amazing bowcaster blaster. Or at least, that’s what Disney says.

It turns out that Rolt lied about his involvement in Star Wars, and deleted his social profiles since then. Disney confirmed that Liang Yang is the name of the stuntman who played TR-8R. Liang worked on various movies as a stuntman including Pirates of the Carribean: On Stranger Tides, X-Men: First Class, Skyfall but also Game of Thrones.

Tweet
The truth behind TR-8R, ‘The Force Awakens’ stormtrooper who turned into a meme