Every single one of the 36 new products Lenovo just unveiled 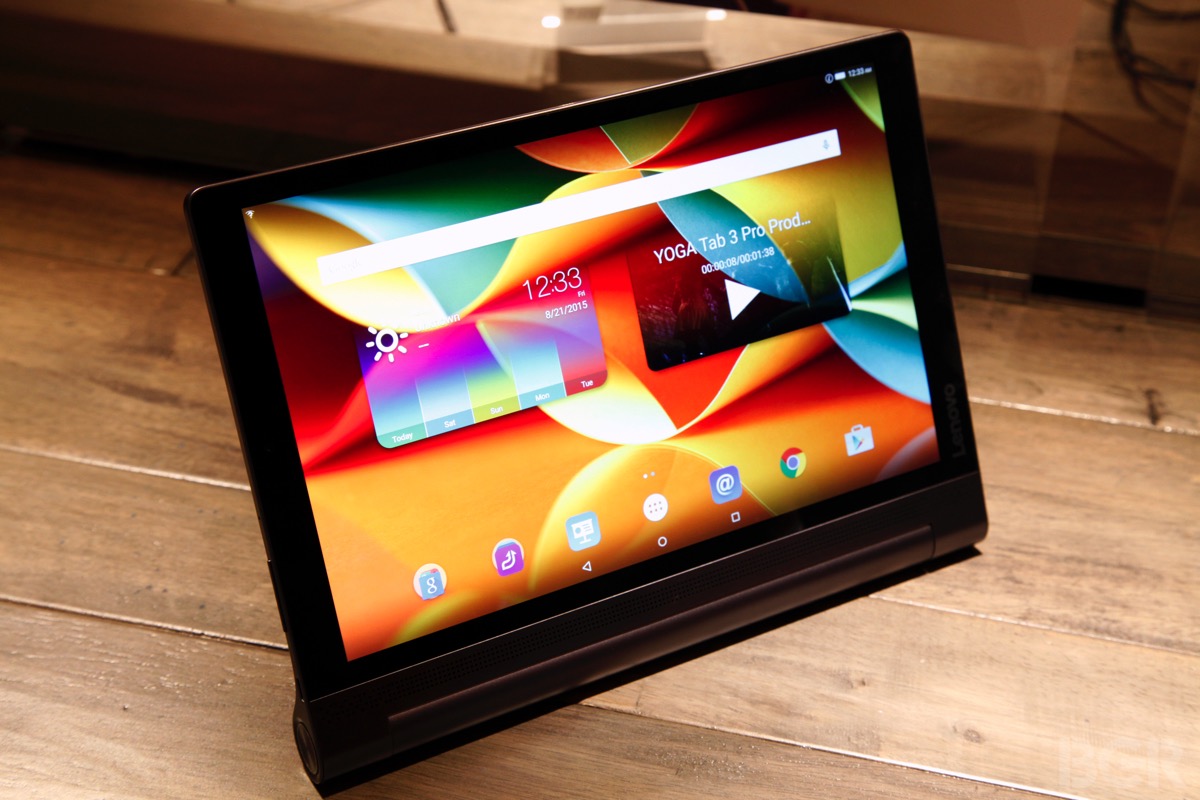 Lenovo is at the annual IFA trade show in a big way this year, and the company just let loose with its second round of big announcements. The first round of announcements came hot and heavy at 3:00 a.m. this morning, and it seemed like the company was done. Think again, because Lenovo just piled on a slew of new computers, tablets, smartphones and accessories that were just announced in Berlin, Germany.

Here’s every single one of the 36 new products Lenovo (and Motorola) just announced:

YOGA Tab 3 Pro — This unique tablet, pictured above, packs Lenovo’s signature design. It seems familiar… until you find out that there’s a built-in 70-inch protector to beam your tablet’s screen onto a wall or even onto the ceiling. As for the display itself, it’s a 10.1-inch panel with quad HD resolution. The new Yoga 3 Pro launches in November starting at $499.

Second-generation Moto 360 — Lenovo’s Motorola division also debuted not one but four new versions of the Moto 360 smartwatch. Check out our hands-on preview for details.

VIBE P1m — A smaller version of the P1 that includes a waterproof nano-coating and starts at just $169.

VIBE S1 — This phone has dual front-facing cameras for next-level selfies that include depth and swappable backgrounds.

PHAB Plus — This might be the craziest device Lenovo debuted on Wednesday. It packs a 6.8-inch screen and a pretty huge housing, but it’s meant to be used as a phone and a tablet. Check out this picture and then decide for yourself if that’s a possibility:

The device features a 3,500 mAh battery that supposedly delivers 24 hours of talk time and 20 days of standby time, and it’s powered by an octa-core Snapdragon processor with 2GB of RAM. Unfortunately, perhaps, this device won’t launch in the U.S.

ThinkPad YOGA 260 and 460 — Next-gen convertible tablet-tops with built-in LTE Advanced. They start at $949 and $1049 respectively, and launch in November.

ThinkCentre M900, M700 and M600 Tiny desktops — Shockingly small desktop PCs with more expansion ports than you might expect. The 700 model starts at $399, and these devices launch sometime in the fourth quarter.

MIIX 700 — A Surface Pro clone that’s even better than the original. Check out our earlier coverage for all the details.

ideapad 300 and 500 — The latest editions to the high-end ideapad line, with 6th generation Intel processors and great designs.

Beyond all that, Lenovo also unveiled four devices that fall under the MEDION brand, including a 4K TV and the premium MEDION X5020 smartphone. These devices won’t be available in the U.S.

Want more information on any of the products listed above? Check out Lenovo’s news center.