iPhone 6 and 6 Plus are now officially on sale – here’s where you can buy them! 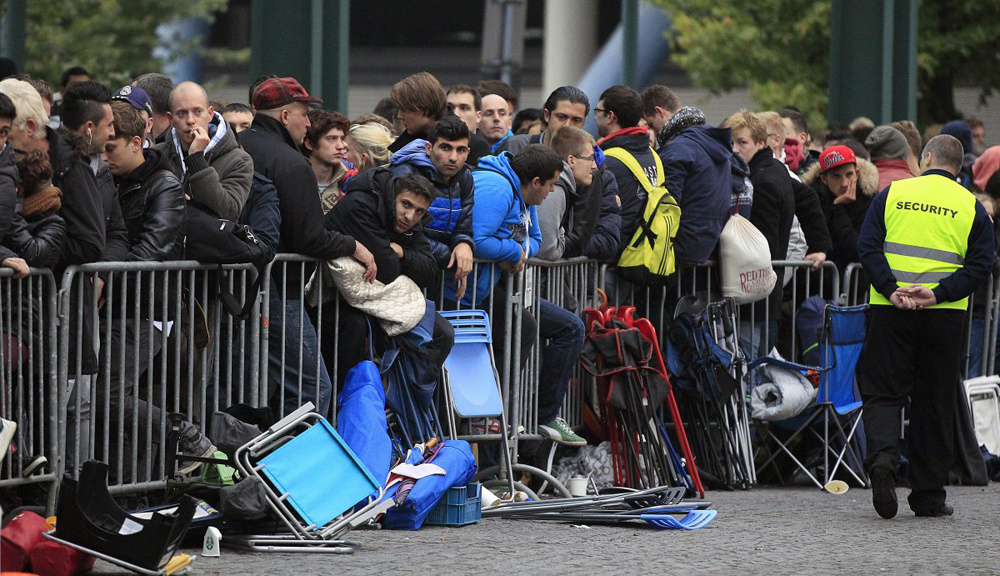 Gentlemen (and ladies), start your engines. The clock just struck 8:00 a.m. on the East Coast in the U.S. which means that as of this moment, Apple’s new iPhone 6 and iPhone 6 Plus are officially available to purchase. Well, the iPhone 6 is, at least… good luck finding an iPhone 6 Plus this morning.

BGR managed to beat the crowds and get our hands on the new iPhones before anyone else, and we gave the world an early hands-on look at the new iPhone 6 and iPhone 6 Plus on Thursday afternoon. If you want your own 2014 iPhone model and you weren’t among the first to pre-order the handset, it’s time to put your game plan together.

Here’s everything you need to know…

First and foremost, stay calm. The odds are very good that buying a new iPhone 6 or iPhone 6 Plus today is going to be a slow, frustrating process that involves a good amount of waiting. Don’t go into this ordeal thinking it’s going to be easy.

In fact, this video of the line outside Apple’s 5th Avenue store was shot on Thursday, a full day before the new iPhones went on sale:

Tiny carrier stores will be much less crowded, but they’ll also have the least inventory — if they even got any inventory at all. Instead, the smartest move may big box retailers like Best Buy or mid-sized carrier stores, such as the ones in malls and other shopping centers.

Calling ahead of time is always a good idea, but prepare to be on hold for a while. Phone lines are always jammed on iPhone launch day.

With all that out of the way, here’s a list of every retailer in the U.S. that will have iPhone 6 and (maybe) iPhone 6 Plus inventory on launch day:

Most stores will open around 8:00 a.m. local time, but a quick call will likely reveal Friday’s hours on a specially recorded message that plays while you’re on hold.

Good luck out there, Apple fans, and remember to be civil to each other.