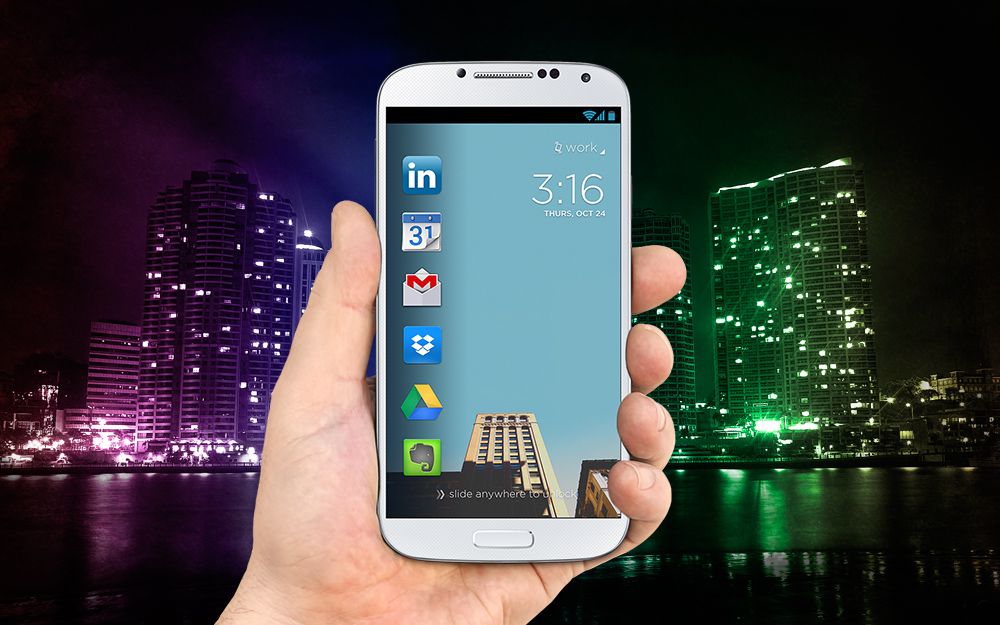 Apple’s mobile platform is quite capable, especially with the additions Apple has made recently in iOS 6 and iOS 7. Developers now have more access than ever to software features that had previously been off limits, and the latest round of apps has introduced plenty of great new functionality to iPhones and iPads as a result. But the simple truth is that there are still tons of amazingly useful things Android devices can do that the iPhone and other iOS devices simply cannot.

Some missing features may be introduced in future versions of iOS while others many never arrive, thanks mainly to Apple’s strict guidelines that developers must follow. I’m fortunate (or unfortunate, depending on your viewpoint) in that I carry an iPhone 5s as well as an Android phone with me all the time, but most iPhone users simply don’t have access to all of this great functionality.

So, what awesome stuff are iPhone users missing?

There’s plenty out there — in fact, feel free to share some of your favorites in the comments below — but here are five great Android apps designed to add terrific functionality to Android devices that the iPhone and iPad just can’t have.

Created by Apps & Zerts, Inc., Cover Lock Screen is a fantastic app that completely replaces the lock screen on your Android smartphone. The app learns which apps you use most in various locations you frequent, and it makes them easily accessible with no user intervention.

“No more fumbling through screens of apps to find the one you’re looking for,” the app’s website explains. “Cover learns when and where you use different apps and puts them on your lockscreen for easy access.”

The app uses location and motion data to determine if a user is at home, at work or even driving in a car, and rearranges the apps available on the lock screen to meet the needs of each situation. For example, mapping and navigation apps might be presented to the user while driving, and then email, calendar and other productivity apps will take center stage at work.

“Cover is built exclusively for Android – it couldn’t have been built on any other mobile platform,” Cover’s creators explained. “Android’s openness allows Cover to rethink how a phone should behave and improve core features.”

Cover is free and can be downloaded here.

Swype by Nuance almost doesn’t even need an introduction. This revolutionary keyboard has been around for quite some time on Android and other platforms, and it has been licensed or imitated by countless other companies.

In a nutshell, Swype completely changes the way users type on virtual keyboards. Instead of tapping around on tiny little virtual buttons, Swype allows users to drag a single finger around the screen from key to key, and the app’s magic does the rest. It also features advanced prediction and correction technologies that minimizes mistakes.

Countless Android users out there could never dream of switching to a new phone and losing the ability to type by swiping around the screen, but if they switched to the iPhone they would have to.

Swype’s competitor SwiftKey just recently launched its first iOS app, thus bringing its popular keyboard to the iOS platform. Sort of. Since third-party developers can’t replace the iOS keyboard across the entire system, SwiftKey’s keyboard is only available in its own note-taking app.

In other words, it’s just enough to give you a taste, get you used to having an awesome Swype-style keyboard, and then angering you to no end since you can’t use it in any other apps.

Swype for Android costs $4, but a free trial of Swype can be downloaded here.

Anyone who switched from Windows Mobile, BlackBerry OS or Symbian to the iPhone back in the day will undoubtedly recall the pain and anguish they felt when they realized they no longer had access to profile manager apps. These apps would automatically change a smartphone’s profile (ringtone, sound volumes, vibration) based on criteria configured by the user.

Fast forward to modern smartphones, and profile management utilities have been given a huge shot of adrenaline.

My favorite example is the aptly named Profile Scheduler, which allows users to have just about every setting on their smartphones tweaked based on time, location, battery status or a wide range of other criteria.

Some examples of how I use the app:

At night around the time I go to sleep, my phone automatically switches to silent, disables vibrate alerts, cuts out background data synchronization to save battery, disables Bluetooth and dims the display to 10%. Of course anyone important who needs to get in touch with me still can, since family members are all added to a white list.

Also, since I generally go to sleep later on the weekends than I do during the week, the schedule can be adjusted by day (I’m looking at you, iOS Do Not Disturb).

Each morning when I wake up, the phone automatically switches back to my “Normal” profile.

Then, when I get to my office and Profile Scheduler sees the phone connect to my work Wi-Fi network, the “Work” profile is enabled. Audio alerts are disabled, vibrate alerts are enabled and auto-synchronization for my email is disabled to save battery life, since I obviously receive all of my emails on my computer.

Exactly none of this is possible on my iPhone 5s.

Will iOS ever support widgets? No, seriously… will it? Ever?

Widgets add a huge new layer of functionality to mobile platforms, giving users access to a seemingly infinite range of zero-touch information in real time. Want to know the weather forecast? Just glance at your home screen. Want to know if your team won or lost last night? Boom, the latest scores are right there as soon as you unlock your phone. Email and SMS message previews? Covered. Instant access to new popular YouTube videos? Done.

There are tons of great widgets out there, but one of my favorites is a simple one called Android Stocks Tape Widget by Wavestock.

As the name might suggest, Android Stocks Tape Widget creates a ticker that scrolls across your Android home screen and displays current quotes for all the stocks and indexes you follow. Scroll speed, colors and refresh rate can all be configured in the app, and format settings can be adjusted as well.

Sadly, my iPhone won’t display real-time stock quotes on my home screen no matter how much I yell at Siri.

Android Stocks Tape Widget is free as a trial and the full version costs $3.89.

Last but certainly not least is Smart Launcher, which completely changes the way you interact with your phone.

Just like Cover, Ginlemon Software’s Smart Launcher app takes over the user interface on your Android phone. But instead of just taking control of your lock screen, it replaces your home screens as well.

The app separates all of your installed applications into groups, making them very easy to access quickly. It can also learn which apps you use the most and make those apps more accessible than others.

Smart Launcher spans every Android device you own — your phone, your tablet, even a Google TV box — and it even interacts with other launchers you might be using.

The free version of Smart Launcher can be downloaded here, while a $4 pro version adds much-needed widget support.