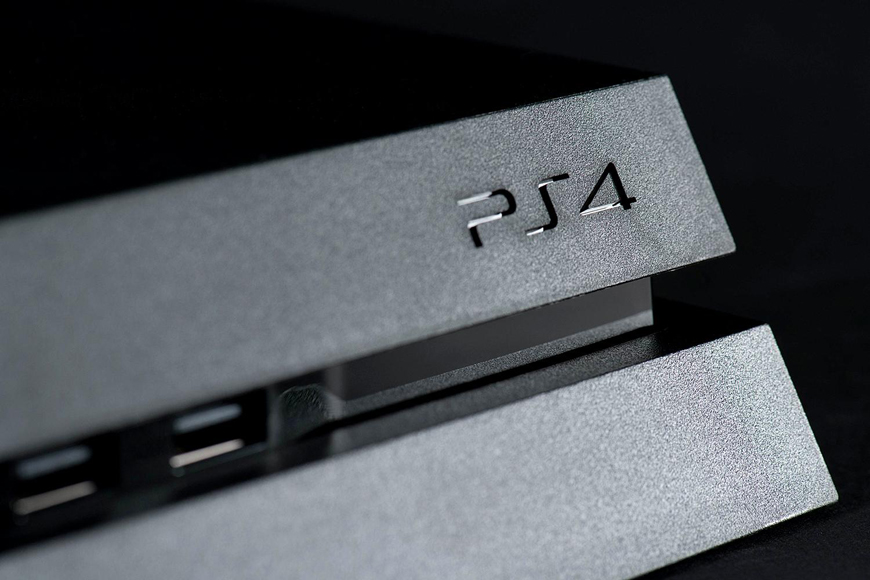 The box itself is a thing of beauty. Video game consoles are traditionally more utilitarian than they are attractive, but the angular design of the PS4 might actually earn it a visible spot in your entertainment center this time around and it’s a far cry from the bulky monstrosity that was the PS3. The PS4 features HDMI, optical and ethernet ports on the rear, as well as two USB 3.0 slots in front.

Sony has done away with the power switch: The only two buttons on the console, “power” and “eject,” sit above and below the disc drive…but you wouldn’t know it from looking at them. In keeping with the sleek motif, Sony has nearly disguised the only functional buttons on the PS4. But for this minor complaint, the PS4 is easily the best looking console Sony has ever released.

Considering the design leap from the PS3 to the PS4, it only makes sense that the follow-up to the DualShock 3 controller would see a similar overhaul. The DualShock 4 is such a huge improvement over its predecessor, you might never want to play another game on your PS3. I could gush over each and every component: The slightly more depressed, but satisfyingly click-y face buttons; the analog sticks that are smaller and spread just a little further apart than on the DualShock 3; and the raised lips of the L2 and R2 triggers. But I’ll spare going into too many details on these features and stick with the new stuff.

The Start and Select buttons are gone, and in their place sits a touchscreen, bookended by the brand-new Share and Options buttons. Using the touchscreen to swap quickly between abilities in Killzone: Shadow Fall was surprisingly intuitive, and I can only hope that developers take note of this subtle implementation in the future. The Options button serves as a replacement for Start and is used for pausing the game and bringing up a menu. The purpose of the Share button is self-evident: It lets you capture a screenshot or a video and share it on Twitter or Facebook. It’s also your go-to button if you want to start streaming your gameplay on Twitch or Ustream, which I’ll discuss in a little bit.

Borrowing from the Wii and Wii U, the DualShock 4 features a speaker, which outputs extra audio from games, like audio logs in Killzone or announcements in Resogun. Best of all is a standard headphone jack on the bottom of the controller, which not only alleviates the pain of having to stretch a headset all the way from the console to the couch, but also allows you to rout all game audio from the jack. Everyone’s going to bed, but you can’t stop playing? Plug in some earbuds and let your friends and/or family rest in peace.

As for the rest of the box, Sony was decidedly economical. The necessary power, HDMI and USB cables are all included, along with some (very) light literature and a promotional voucher containing 30-day free trials to PlayStation Plus and Music Unlimited, plus $10 worth of PlayStation Store credit, which you should probably hold on to until the indie games start landing over the next few months.

Before you can start actually messing with the console, however, the PlayStation 4 subjects you to a system update, which was a frustratingly regular occurrence on the PlayStation 3. Fortunately, the update flies by, an early sign of just how lightning fast the system is. In fact, the speed of the user interface might be the defining feature of the PlayStation 4 at launch.

Here’s how fast the PlayStation 4 is: I was in the middle of a round of Resogun, and I had just cleared a wave of enemies. As the next round was spawning, I pressed the PS button on the controller to reach the home screen, jumped in the PlayStation Store, started a 4.2 GB download of Warframe, double tapped the PS button again, and I was back in the game. All in less than a minute.

So let’s dive into the UI.

The OS has been completely revitalized on the PS4. Gone is the vacant Cross Media Bar of yore. In its place sits an operating system that puts Windows 8 to shame. At the top of the screen sits a familiar row of icons: PlayStation Store, Notifications, Friends, Messages, Party, Profile, Trophies, Settings and Power. Directly below the icons, a list of every game and app installed on the consoles scrolls from left to right, starting with What’s New, a Facebook-like feed of everything you and your friends have been doing.

The endless horizontal stream of everything on the PS4 is fine for now, but a year down the road, Sony is going to have to introduce some way to organize the home screen. Otherwise, prepare to spend a few minutes scrolling just to hit the end of the app stream.

With the increasing size of games, the days of inserting a disk and seeing it immediately boot up are over. Every game has a mandatory install on the PlayStation 4, but the system smartly prioritizes segments of the install to get you playing as soon as possible. Call of Duty: Ghosts even gives you the option to start with multiplayer or single player, while other titles give you a limited menu up front, then ask you to restart to install the rest of the game.

Despite Sony’s focus on games, there are plenty of extraneous media features on display on the PlayStation 4. The browser is just as quick as everything else on the console, although your mileage may vary when it comes to a Flash-incompatible web browser that you’re probably attempting to navigate with a controller.

There are plenty of video apps as well, most notably Netflix, Hulu Plus, Amazon Video and Redbox Instant. Considering how many devices feature the same lineup, these streaming apps are taken for granted, and the PS4 has gotten more coverage from its lack of MP3 playback than its standard set of entertainment apps.

I didn’t have a PlayStation Vita handy to test Remote Play, but I did spend some time with the PlayStation App, which worked best as a management tool for my friends list. It connected to the PS4 without a hitch, and I was able to download a game from the PlayStation Store that promptly began downloading to my PS4. It also doubles as a keyboard, which eliminates the laborious process of typing with a controller.

Finally, there’s Live from PlayStation, the hub to Twitch and Ustream on the PS4. Of all the additions to the system, this might be the most exciting. At any given time, hundreds of players are streaming their gaming sessions live, which is not only a great way to interact with other PS4 users, but also serves as a brilliant way to market new games that are being streamed. Not sure if the Battlefield 4 campaign is for you? Why not watch a single-player stream on Twitch and find out? This isn’t a PS4-specific feature, but it bodes well for the Xbox One that this many players are already streaming on the PS4.

If you were tuned into the Internet at all over the weekend, you might already be aware of the problems that have been cropping up for a worrying number of PS4 owners. There have been reports of overheating, HDMI output failure, and the dreaded “blue light of death,” stirring up old memories of the nightmarish red ring on the Xbox 360.

In the time I’ve been using the PS4, I’ve had a single hard lock, which forced me to unplug the entire console in order to restart it. The console went through a speedy reboot process, checked to make sure nothing had been corrupted, and then started chugging along as if nothing had happened. Others haven’t been as lucky, but this is the only notable issue I have had with the hardware so far.

There’s plenty left to be discovered, but the PlayStation 4 is the best video game console I’ve ever used. Of course, the Xbox One is currently being boxed and shipped as I type this review, but I can’t see any reason not to recommend the PlayStation 4 as it stands. The launch lineup leaves something to be desired, especially on the first-party front, but the wealth of games headed to the PlayStation Network in the near future should help to pad out the release schedule into next year.

For a full $200 less than the PS3 at launch, Sony is offering a system that, in spite of a potentially worrisome failure rate, is immediately more powerful, accessible, and future-proof than its last effort. If you’re in the market for a next-gen console, get excited — the next generation has finally arrived.