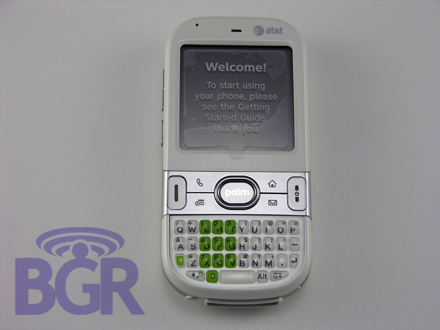 We’re not really sure where to begin…It’s the Palm Centro on AT&T. You know the Centro, right? Outdated OS, tiny, miniscule puke-lime-green keyboard, EDGE, camera, and phone. We didn’t get a solid feel for pricing when it launches on February 19th, but we’ve heard $99 and $149 for a 2-year agreement. We’d wager it being $99 (how could it be more than Sprint’s?). If you want more Garnet madness, we suggest you don your favorite sunglasses and grab one of those airline-style puke bags. You’re going to need it!

Click on over to our AT&T Palm Centro gallery!