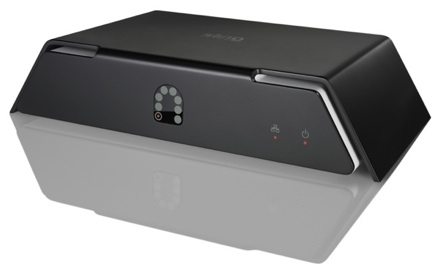 Well, CES is definitely making companies bring out the guns! Then again, did we really think they weren’t? Sling Media’s recent product announcements are pretty good too. We’ve been waiting for the SlingCatcher for god knows how long? It’s basically a set top box that receives the video instead of the SlingBox where it transmits. What this does is “catch” that transmitted feed and bring it to your TV. Kind of cool, right? You go on a trip, have your SlingBox all setup at home, go to that remote location, plug in the SlingCatcher and you’re off! No more watching Ugly Betty on a crappy 17″ monitor. SlingCatcher also has the ability to grab content from a USB thumb drive, or even a USB hard drive, so you’re never without you’re illegally-downloaded Divxs. But what if you don’t have any Internet connectivity by the plasma TV? There’s a 802.11g wireless option for it, so you’ll be straight. One more thing about the SlingCatcher until we move on…it’s the first SlingMedia device to have a remote. So pull up a chair, grab a cold one, and lean back. What good is new hardware without updated software though? SlingPlayer 2.0 for PC will make use of the newly announced SlingCatcher and allow you to “Clip+Sling” content — grab clips so to speak — and then share them instantly online. We’ve also finally got a program guide built right into the software, and even a 60-minute buffer which will allow local play, pause, rewind and fast forward controls. Existing SlingBox customers will be able to grab the new software this quarter for no additional cost. Last on the list would be the SlingModem. Don’t look that stunned, we knew they were going to start integrating the beloved Sling features with other hardware sooner or later. The SlingModem is actually fully functional and CableLabs certified. They’re currently in talks with all the MSOs in the US and even worldwide to get the ball rolling and get this thing out there! Hit the break for the juicy snaps of all the madness! 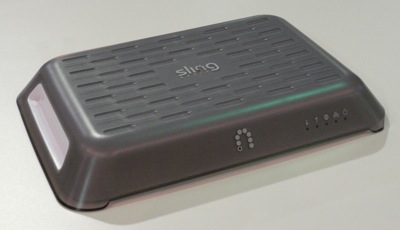