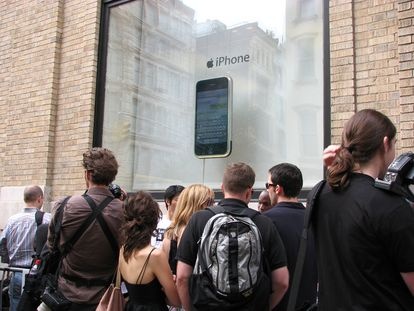 Reuters came out with a news story with statistical data by iSuppli claiming that both Apple’s iPhone models, the 4GB and 8GB out sold RIM’s whole BlackBerry lineup, the entire Palm line, and also any single smartphone that Motorola, Nokia, or Samsung had to offer. This accounted for 1.8% of all mobile phones sold in July in the US. They’re predicting 4.5M iPhones sold by the end of this year, and over 30M sold by the year 2011. We tend to agree.