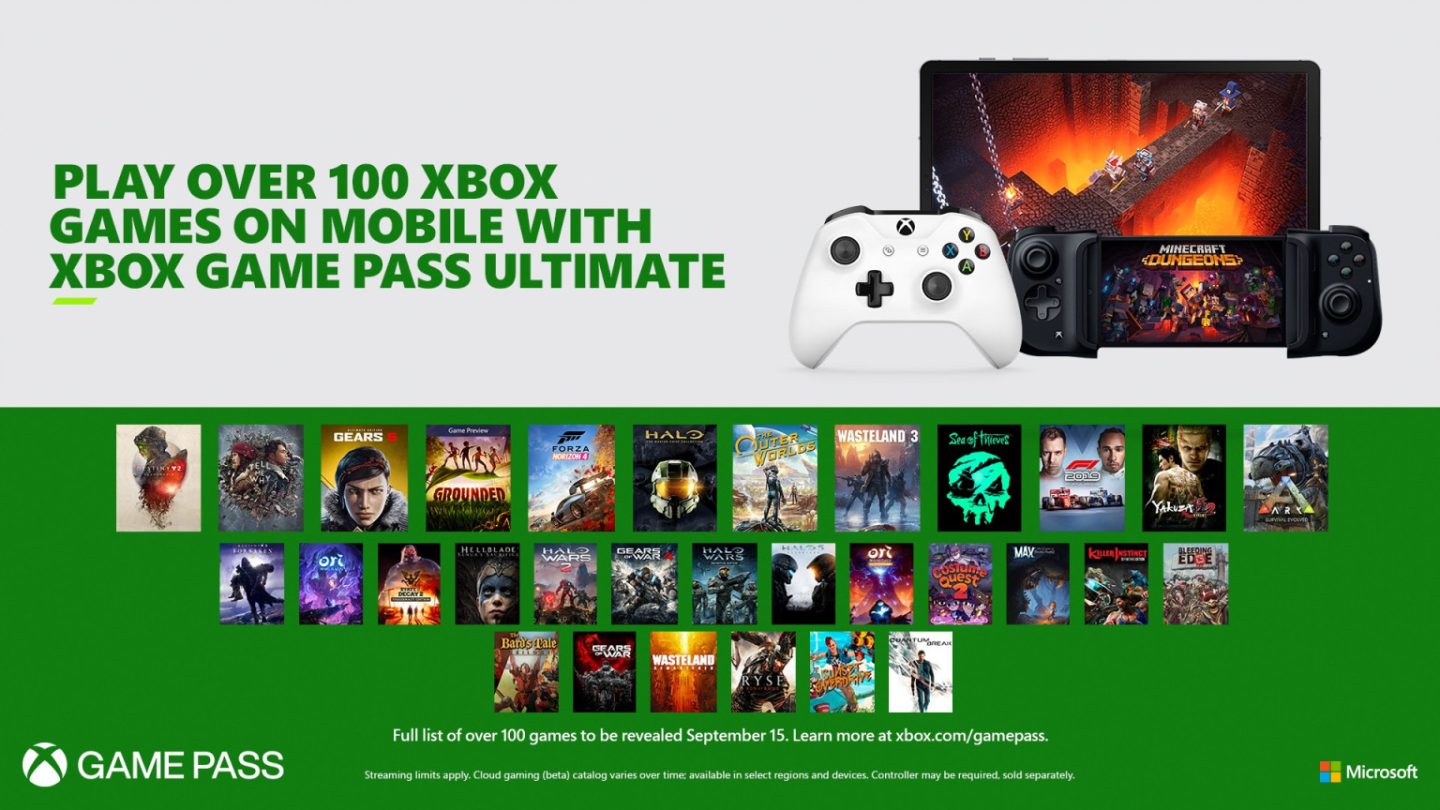 As anxious as we are for the next-gen consoles launching this fall, you won’t actually need an Xbox Series X (or even an Xbox Series S) to play the biggest upcoming Xbox games. Last week, Microsoft announced that Xbox Game Pass Ultimate subscribers would be able to play games on their Android phones and tablets from the cloud at no additional cost on September 15th, but it turns out that you won’t have to wait that long to test the feature out.

Here’s the official statement about the cloud gaming public beta test that Microsoft sent out to the press:

As we approach the launch of cloud gaming with Xbox Game Pass Ultimate on September 15, we’re entering a limited beta period to ensure a smooth transition of the cloud gaming experience to the Xbox Game Pass app on Android. Existing Xbox Game Pass (Beta) app users will get the opportunity to test a subset of the available titles as we ready the experience for broader availability next month.

This limited beta is critical to providing the best possible experience for members at launch and should not be considered indicative of the final experience or library.

According to The Verge, the “subset of available titles” that Microsoft mentions in its statement will consist of around 30 titles. When the feature launches on September 15th, more than 100 titles will be playable from the cloud, such as Minecraft Dungeons, Destiny 2, Tell Me Why, Gears 5, and Yakuza Kiwami 2.

Unfortunately, iPhone and iPad owners will not be able to take part in this public beta or the full launch next month as Apple refuses to allow the Xbox Game Pass app on the App Store. According to Apple, Microsoft’s app can’t be made available through the App Store because it doesn’t follow “guidelines applicable to all developers, including submitting games individually for review, and appearing in charts and search.”

Microsoft said in response: “Apple stands alone as the only general purpose platform to deny consumers from cloud gaming and game subscription services like Xbox Game Pass. It consistently treats gaming apps differently, applying more lenient rules to non-gaming apps even when they include interactive content.”