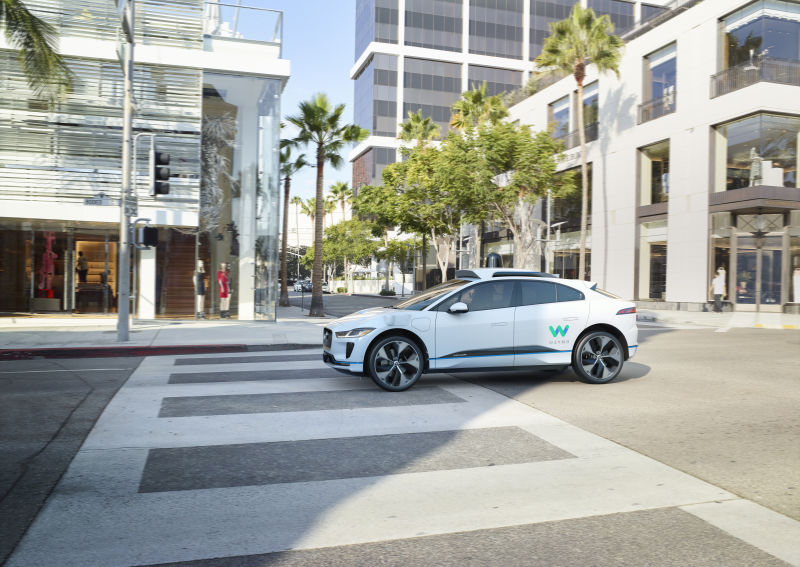 So far, Google’s self-driving car division Waymo has been testing its technology on Chrysler Pacifica minivans. It’s a painfully practical testbed, but not one that will help the general public get excited about self-driving cars.

To fix that, Waymo announced today that it’s partnering with Jaguar Land Rover to build an autonomous version of the Jaguar I-Pace, an upcoming all-electric SUV crossover. You won’t be able to buy the self-driving I-Pace, but Waymo is planning on building 20,000 versions of the car to use on its self-driving Uber competitor.

When it doesn’t have Waymo’s sensor suite strapped to the roof, the Jaguar I-Pace is a sporty all-electric SUV that strongly rivals the Tesla Model X. It starts at $69,000, does 0-60 in 4.5 seconds, and has a range of 240 miles. Most importantly, it looks much better than the Model X, which is widely regarded to have been designed from a Model S and the vertical stretch tool in MS Paint.

“While we’ve been focused at Waymo on building the world’s most experienced driver, the team at Jaguar Land Rover has developed an all-new battery-electric platform that looks to set a new standard in safety, design and capability,” Waymo CEO John Krafcik said in a statement. “We’re sure Waymo riders will enjoy the safe, premium and delightful experience that the self-driving I-PACE will provide.”

Waymo is still planning on launching a commercial fully-autonomous ride-sharing service by the end of the year. The company is currently trialing the service in Arizona, including with cars that don’t have a physical driver present to take the wheel. Remote drivers can still monitor the cars, however.