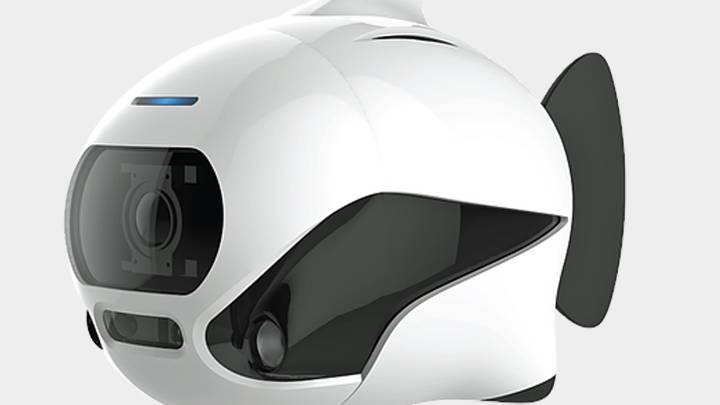 When you think of consumer drones, the image of a quadcopter zooming above the treetops probably comes to mind, but drones can come in all shapes, sizes, and capabilities. The idea of an underwater drone is relatively unexplored territory, at least when it comes to consumer-level gadgets, but a company called Robosea thinks it might be able to change that with an adorable “robot fish” with a built-in 4K camera and a price tag that won’t make you cry. The only problem? First you have to fund the Kickstarter.

The drone, called BIKI, looks like what you’d think a robotic fish would look like. It’s sleek and round, with a big flappy tail and a trio of stubby fins that help stabilize it. Like a real fish, it can adjust its depth and remain at that level without having to constantly push itself forward. You know how a high-end flying drone can just kind of hang out in one spot if it wants? This little mechanical fish can pull off the same trick, only under water.

It swims slow but steady, and is entirely propelled by its large tail fin, meaning there’s no underwater propellers or anything that could potentially harm animal or plant life. It has built-in obstacle avoidance features and automatically balances itself in the water so it’s always correctly oriented. Being a drone, its primary job is to let you see some cool stuff you wouldn’t normally be able to see, and the BIKI’s built-in 4K lens has a stabilizer and 32 GB of internal memory to record everything it lays its robot eyes on.

So what’s the bottom line? Well, it’s a Kickstarter, which means you should take everything you just read with a huge grain of salt, but the video demos, real-world testing, and spec breakdown suggests the BIKI project is very well thought-out. According to the Kickstarter campaign page, the drone will retail for a not insignificant $1,024. That said, the Kickstarter rewards tiers start at a very reasonable $549 for the super early bird, and $599 for the regular early bird.