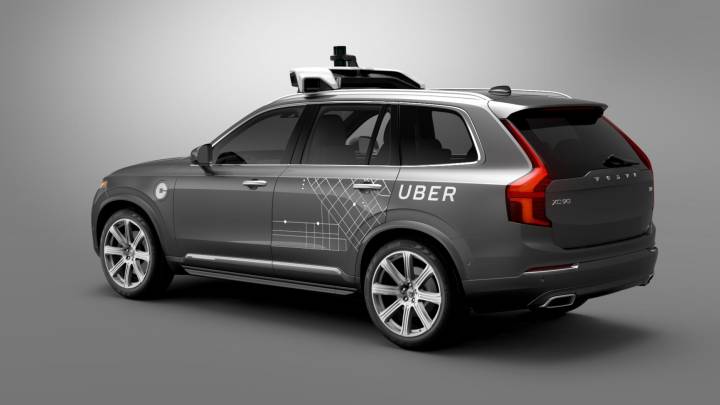 It’s been only a few days since Uber announced that it’s bringing a fleet of (supervised) self-driving cars to Pittsburgh. But in true internet fashion, we’ve already got our first pictures.

Helen Rosner, the executive editor of Eater, spotted what looks like an Uber car on the road in Pittsburgh. The Uber logos along the side hint that it might just be an Uber car, and the mass of sensors strapped to the roof suggest that this isn’t your average Uber car.

The car looks to be a Ford Fusion, one of the company’s most autonomous cars. Some newer Fords already come with a raft of semi-autonomous driving capabilities, using radar and cameras to do something faintly similar to Tesla’s Autopilot. But to bring the car from Level 2 semi-autonomous towards the hands-free experience Uber was boasting about clearly requires extra hardware.

Pittsburgh has self-driving Ubers!!!! I have never wanted so badly to enter a strange car pic.twitter.com/VP9bPJ0T3r

It looks like there’s a LIDAR system mounted on top, which should give good all-round visibility to the car. There also seem to be extra cameras or sensors along the front of the roof unit. It’s unclear if this is a self-driving testbed, or rather a mapping car that will be gathering road data to be used by Uber’s fleet of self-driving Volvos in the future.

Uber’s grand plan for the future is to replace the drivers in its fleet with computers, and then use its rentable, self-driving cars to replace car ownership altogether. The Pittsburgh test is a limited trial that’s mostly a publicity stunt: Google has also had supervised self-driving cars doing the rounds for years, and all Uber is really doing here is letting (non-paying) passengers ride in the back.

In unrelated news, Uber lost $1.2 billion in the first half of this year.