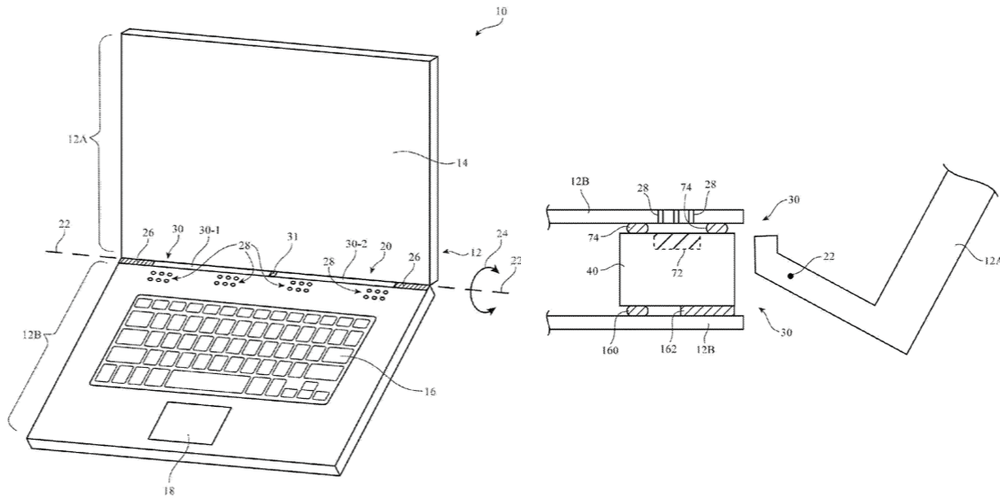 Rumors of a Macbook with cellular connectivity have been a thing since before macOS was a twinkle in Tim Cook’s eye. Whether or not a Macbook with LTE is actually coming, it’s clearly a project Apple is thinking about, as evidenced by new patent filings.

Documents uncovered by Patently Apple show a patent for a unibody aluminum Macbook with something called “Isolated Cavity Antennas,” a cunning way of fitting cellular antennas into an all-metal laptop.

The patent was filed last year, but only granted and published by the USPTO recently. It describes a way of overcoming a constant problem with all-metal laptops: how to get radio signals for Wi-Fi, Bluetooth, GPS, NFC or cellular connections in and out of the device.

Apple’s solution is to use the gap between the main and lid sections of a device:

Through one clever design, Apple is able to incorporate antennas for 2.4 and 5GHz Wi-Fi, Bluetooth, NFC, GPS and cellular, and also build in speakers.

Of course, a patent is just a hypothetical way of possibly building something, at some indeterminate point in the future. It doesn’t mean Apple is going to build in LTE connectivity any time soon.

But it would make sense. Apple is slowly killing the interchangeable SIM card with the Apple SIM; cellular data, and particularly adding an extra line to an existing account is getting cheap; and the new MacBook, with thin form factor and long battery life, is the perfect laptop for adding cellular connectivity.