Even though the Model 3 is barely a few months old, Tesla has no plans to sit back and rest on its laurels. On the contrary, the company was initially planning to unveil its long-rumored Tesla semi-truck at a special event in late October. Recently, though, Tesla CEO Elon Musk said that the event has been pushed back until November 16. Given Tesla’s penchant for missing deadlines, Musk took to Twitter and clarified that the delayed unveiling was due to the company “diverting resources to fix Model 3 bottlenecks and increase battery production for Puerto Rico and other affected areas.” Following that, Electrek reports that Musk yesterday sent a follow-up email informing invited guests that the “first Tesla Truck prototype is completed.”

What’s more, Musk also took to Twitter where he continued to hype up Tesla’s semi-truck, noting that the “specs are better than anything I’ve seen reported so far.” That’s certainly an intriguing statement given that most of the speculation surrounding Tesla’s semi-truck has been exceedingly positive. Musk also added that the work the engineering and design teams have done on the semi-truck “is aces” but that “other needs are greater right now.”

Musk of course is never one to shy away from hyperbole and he’s been laying it on pretty thick in regards to the company’s forthcoming truck. Not too long ago, Musk boasted that Tesla’s semi-truck is “next-level” and “drives like a sports car.” Musk also added that the upcoming unveiling event will be “unreal.” 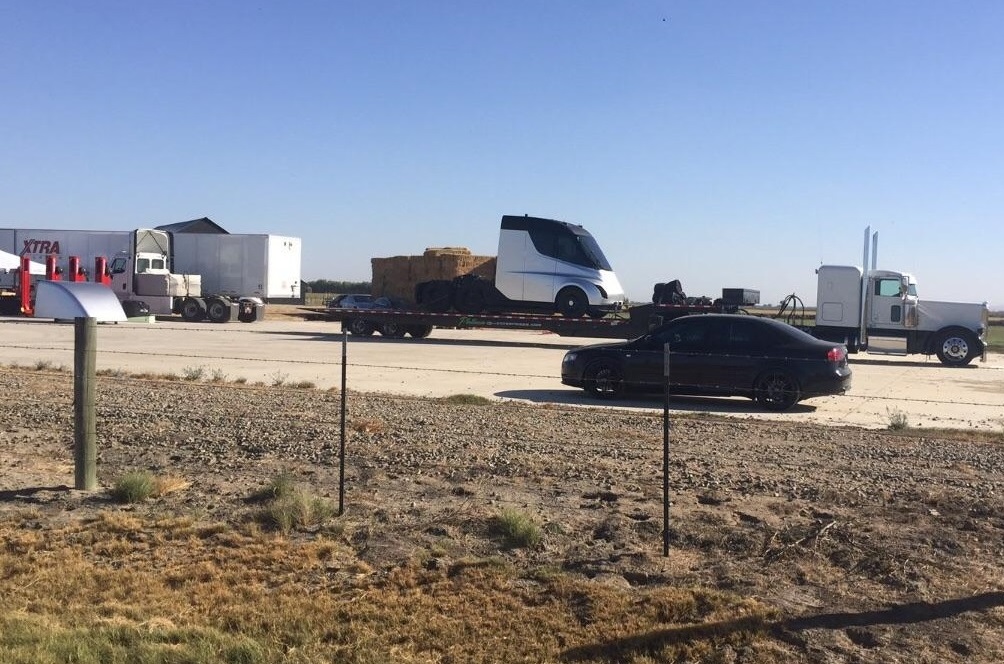 While it stands to reason that this is Tesla’s next new vehicle, Musk, in typical fashion, played coy about the photo on Twitter, typing “Or do you?” in response to a Tweet claiming that we already know what the truck is going to look like.