Earlier today, Elon Musk delivered an engrossing TED Talk under the following umbrella theme: The Future You. While TED Talks have arguably reached a saturation point these days, any time Musk is given a platform to discuss his vision for the future, it’s always worth paying attention to.

While Musk’s talk was predictably far-ranging, he did take some time to not only confirm the development of a Tesla semi-truck, but to also give us a teaser photo of what the company’s all-electric semi-truck is going to look like. Before we get to the photo, it’s worth noting that Musk earlier this month promised that the company was planning to hold an unveiling event this September. And teasing the vehicle like only Musk knows how, he added that the “team has done an amazing job” while adding that the final design is “seriously next level.”

When addressing Tesla’s truck plans during today’s TED Talk, Musk went even further, boasting that a prototype of the vehicle has already been built and that it drives “like a sports car.”

Below is the teaser photo Musk unveiled earlier today. 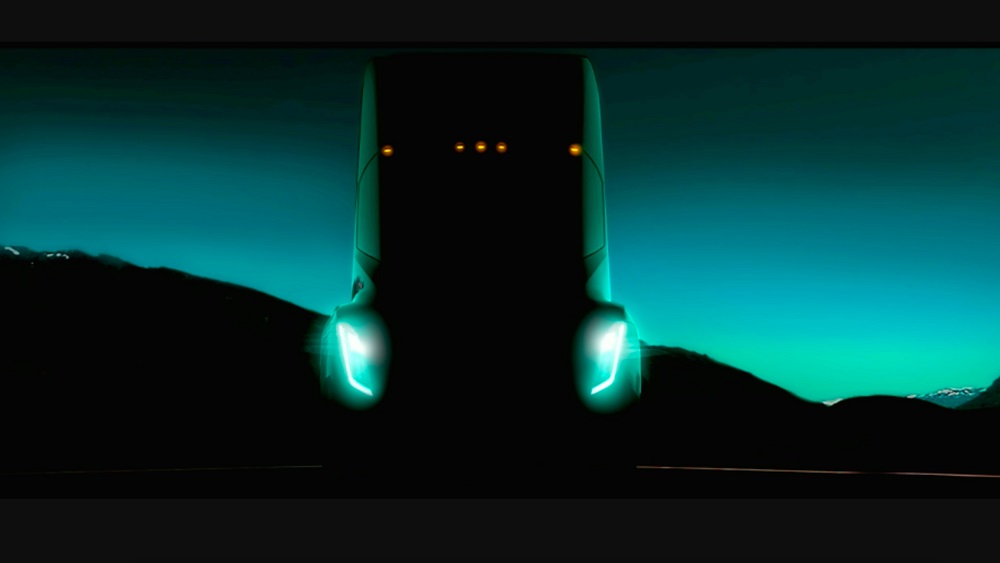 Aside from the semi-truck mentioned above, Tesla has plans to release a slew of other vehicles over the next few years, including a brand new Roadster, a crossover version of the Model 3 dubbed the Model Y, and a pickup truck. In fact, Musk at one point went so far as to say that Tesla would be stupid not to release a pickup truck, a reasonable assessment given that the 3 top-selling vehicles in the United States this past year were all pickup trucks.