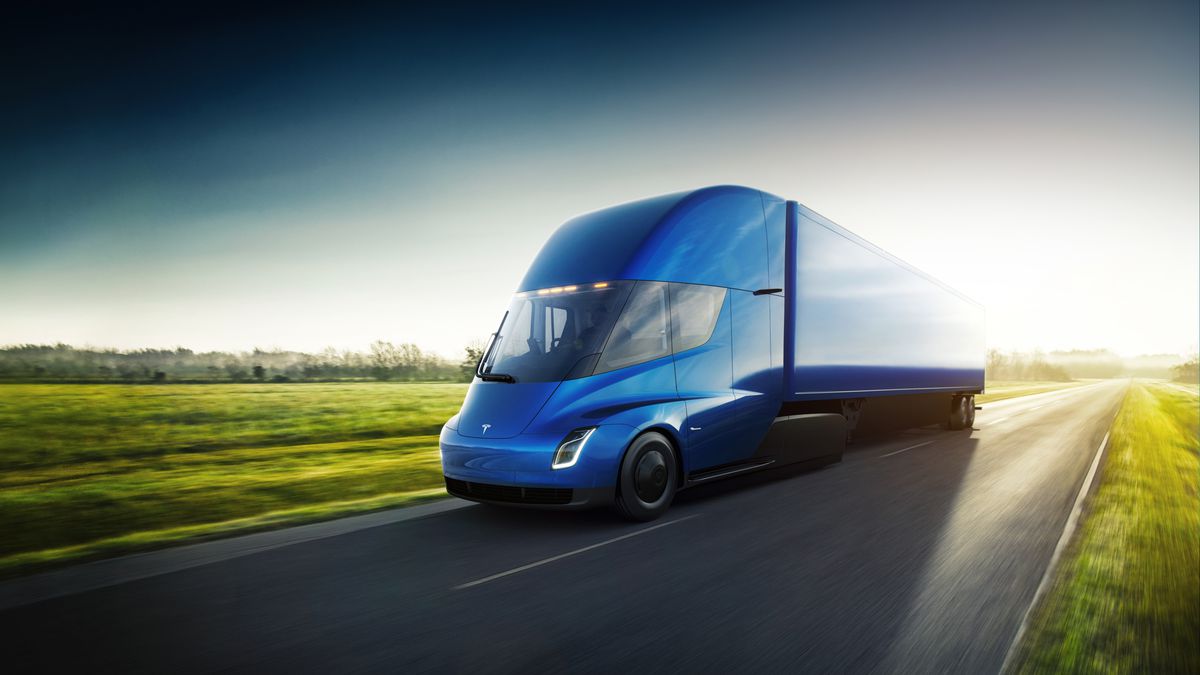 Tesla last week finally unveiled its long-rumored semi truck, an electric-powered monster that features 500 miles of range on a single charge and, according to Tesla CEO Elon Musk, will be far more economical than a standard diesel truck right from the start. As far as specs are concerned, Tesla boasts that its semi-truck can go from 0-60 MPH in five seconds flat. What’s more, the Tesla Semi, when hauling 80,000 pounds, can go from 0-60 MPH in 20 seconds.

“We designed the Tesla truck to be like a bullet,” Musk said during last week’s unveiling event, which also saw the surprise introduction of a next-gen Roadster.

Though production isn’t slated to begin in 2019, a number of companies like Walmart have already put in orders for the Tesla Semi. Of course, given Tesla’s storied history of missing deadline after deadline, we wouldn’t be surprised to see the Tesla Semi be subject to delays, though we’d love to be proven wrong.

In the meantime, we can at the very least appreciate Tesla’s undying efforts to revolutionize transportation across all types of vehicles, from long distance trucks to family SUVs and everything in between.

Recently, a video of a Tesla Semi showcasing its unrivaled acceleration surfaced online, and as the title of the video says, it “sounds like nothing else.”

True to form, the Tesla Semi accelerating sounds downright futuristic, if not something you might see on Transformers or some futuristic sci-fi movie.