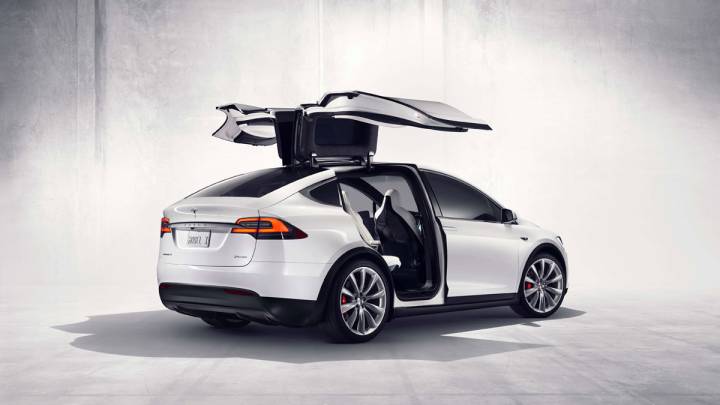 Tesla’s brand new Model X began shipping to early buyers late last year, with only 208 units having been delivered through the end of 2015. The Model X is easily one of the most hotly anticipated SUVs of the last decade and it’s the second model created by America’s most hyped automaker. Tesla packed a ridiculous amount of technology into the Model X, but the company also managed to give the electric SUV performance that rivals the Model S sedan — the new Model X is a 6,000 lb SUV that does 0-60 in as little as 3.2 seconds with the P90D performance model.

We’ve seen some early reviews of the Model X, and now a few of the world’s first actual owners of the car have chimed in with some early impressions.

Global Equities Research analyst Trip Chowdhry has made some pretty awful calls when it comes to Apple. Just consistently wrong, terrible, abysmal calls. Buy hey, maybe his crystal ball can focus better on Tesla, and investors certainly hope so — Tesla shares currently trade around $224, but Chowdry says they’ll skyrocket to $385 within the next 12 to 18 months.

Whether or not the analyst is taking crazy pills again, he did have something to offer in a note to clients on Tuesday. Chowdry was able to track down and chat with three different Model X owners to get their impressions of the new electric SUV. Three doesn’t sound like a very big number, but considering only 208 have been delivered it’s actually a relatively huge percentage of owners as far as studies go.

So what do these early adopters think of the Model X? They are “just loving” Tesla’s latest model. They also said that sitting in the car’s futuristic cabin is like “sitting a helicopter cockpit.”

“We now know of 3 TSLA Model X Owners,” Chowdhry wrote in his note, which was picked up by Benzinga. “These owners have given rides to their family members, relatives and friends… they were so impressed by Model X, that they also reserved a Model X.”

That last bit is a tad odd — did all of their “family members, relatives and friends” order the Model X after taking a ride in it? Of course not, but the message is loud and clear, and it aligns well with early reviews: people love the Model X. And how could anyone not love an SUV that can put on a light show this cool?