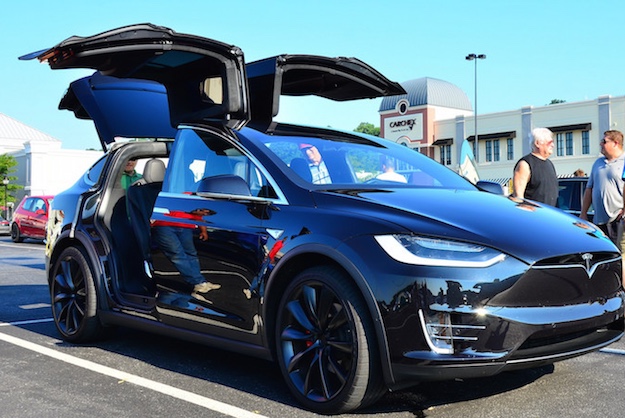 Tesla’s Autopilot software has been a point of controversy for quite a few weeks now. Indeed, it seems that we can’t even go one week without hearing a story about a Tesla driver turning on the Autopilot feature and ultimately getting into some type of crash or accident. Just last week a Model S driver in China uploaded dashcam footage of his Model S scraping a car that was sitting on the shoulder of the road.

Upon analyzing the car’s logs, Tesla discovered that the driver didn’t have his hands on the wheel at the time of the accident, ultimately, and somewhat curiously, laying blame for the incident on the driver.

“The driver of the Tesla, whose hands were not detected on the steering wheel, did not steer to avoid the parked car and instead scraped against its side,” Tesla said in a statement. “As clearly communicated to the driver in the vehicle, autosteer is an assist feature that requires the driver to keep his hands on the steering wheel at all times, to always maintain control and responsibility for the vehicle, and to be prepared to take over at any time.”

Later on, it was also discovered that the driver of the Model S had looked down for a moment at his phone when the impact occurred.

Inevitably, the latest incident has given those who believe that Tesla’s Autopilot software is half-baked even more ammunition.

Originally posted on Facebook and then copied to Reddit with the user’s permission, a Tesla owner taking a road trip across the United States detailed how Autopilot helped prevent what could have been a tragic accident.

I was leaving Las Vegas, talking to my daughter, hands on the wheel, eyes ahead of me, and aware of the car to my left as well as those in other lanes and behind me. The fact is, autopilot made me more aware of my surroundings, because my eyes and concentration were not glued to the stripes marking the lanes half of the time like those of other drivers who don’t have this feature.

The car to the left of me, with NC plates, crossed suddenly from the left lane all the way to the right lane coming within less than a foot off my front bumper. The thing is, that was how close he was AFTER my autopilot braked. Had the car not braked we would have been in his path, the front end would have been clipped violently to the right, spinning our car around and we would have been hit by the cars that were following us. Anyone who takes that route from Vegas to LA understands what kind of traffic I am describing and how crowded it is.

It was a very upsetting experience as it happened so quickly that I never saw the NC car swerving into my lane until my Tesla Model X had already braked just enough to let him slip past. There was absolutely no possible way an average human being could have reacted in that instant, but if I had, I most certainly would  have slammed on my brakes and been rear-ended by the crowded behind me.

It is a common scenario with all Tesla owners using this feature but you never hear about accidents that don’t happen. They are not part of the statistical database.

While it is true that Autopilot success stories rarely make news, the reality is that when you entrust a nearly 5,000 pound vehicle to make important driving decisions on the fly, the public will not tolerate anything less than a 100% success rate.