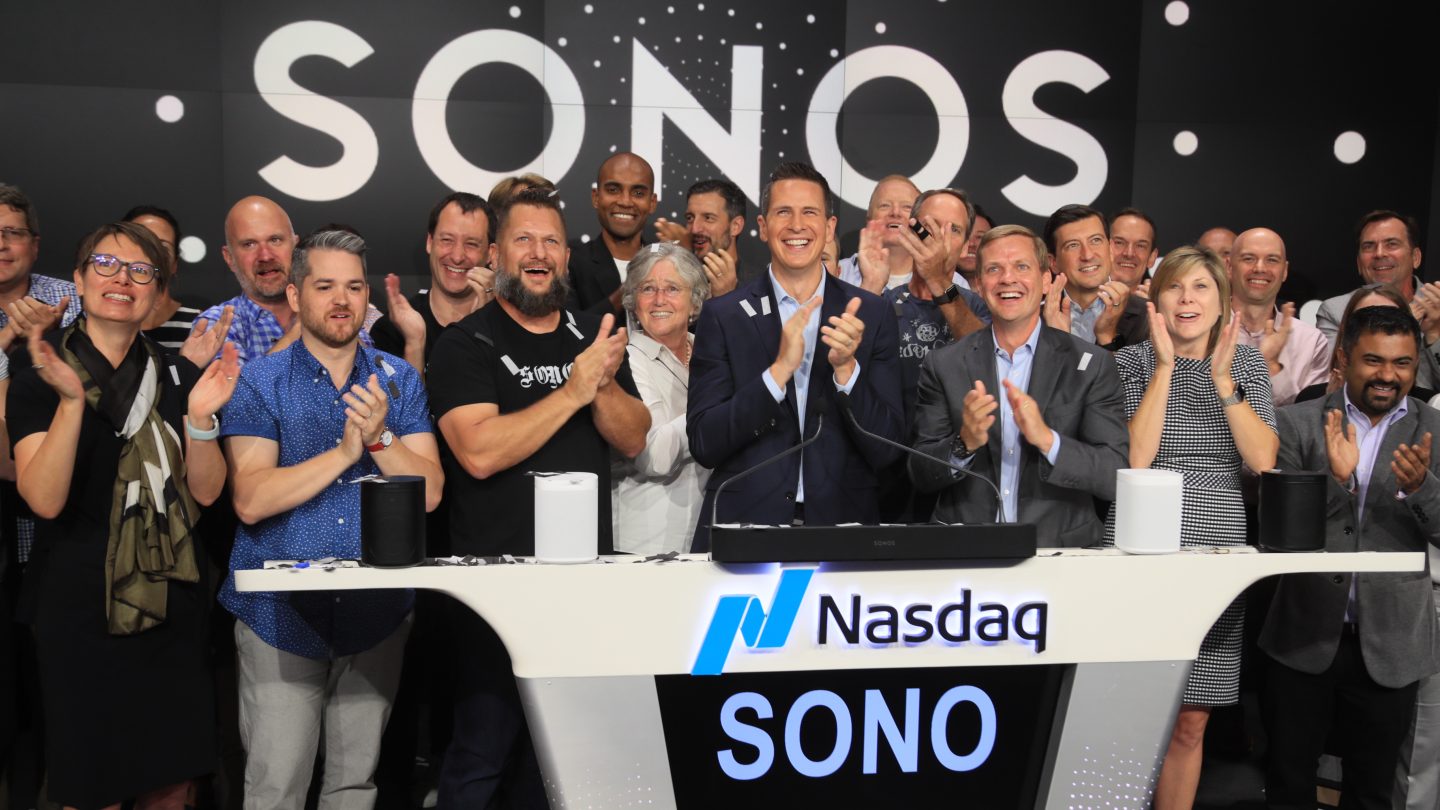 A redacted Federal Communications Commission filing published on Monday has offered up some juicy news for audiophiles. Smart speaker maker Sonos is apparently working on a new smart speaker product that would bring surround sound and voice control to its Playbar soundbars.

The news, which Sonos has so far resisted confirming, was first reported by Variety, which noted that the new Sonos product with the model number S18 will sport WiFi and Bluetooth connectivity and is meant to work as a wireless smart speaker in tandem with the Playbar serving as a “master device.”

Variety goes on to note that the new device also includes touch controls similar to those first introduced with the Sonos One and will include a built-in microphone for far-field voice control. “Sonos first introduced the Playbar as its very first soundbar back in early 2013,” the publication reports. “The company followed up with a smaller and cheaper model, dubbed the Sonos Beam, earlier this year.

“Like all recent Sonos products, the Beam includes microphones for far-field voice control — something that the original Playbar doesn’t offer. By adding smart satellite speakers to its line-up, Sonos could allow Playbar owners to get surround sound as well as voice control to their home theater setups.”

It’s also speculated that adding a supplemental product meant for owners of the Playbar would help juice Sonos’ coffers, since the company puts a premium on catering to repeat buyers of its products. In the company’s fiscal year 2017, for example, Sonos disclosed that it had sold almost 40 percent of its products to users who already owned at least one Sonos device of some kind.

Regarding the new S18, its touch controls mean you could swipe your finger to progress tracks a little forward or backwards and likewise change the volume with a tap.

Interestingly, Sonos seems to rather enjoy teasing new products via FCC filings. Gizmodo offers us a reminder that that’s how we learned about the Sonos One smart speaker back in 2017. Perhaps with this new device, Sonos is merely trying to extend the life of its Playbar by rounding it out with a more robust home theatre set-up to ward off competition from newer and less expensive alternatives. Time, of course, will tell, since we’ll have to wait to get more details on this new product.