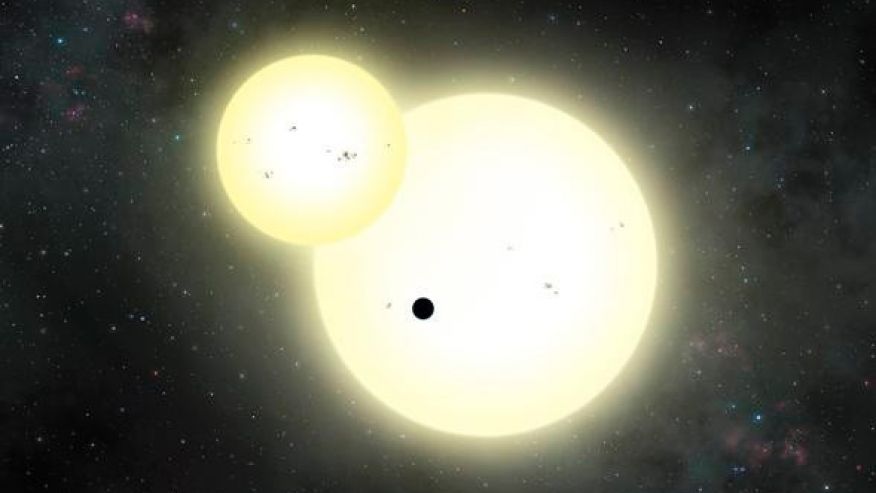 A team of astronomers from NASA’s Goddard Space Flight Center and San Diego State University has announced the exciting discovery of a planet with two suns within the Cygnus Constellation, using the Kepler Space Telescope.

Named Kepler-1647 b, the planet is located 3,700 light years from Earth, and thought to be similar in age to our planet, around 4.4 billion years old.

Related: On July 4, the Juno spacecraft will finally reach Jupiter

The team wrote on the SDSU website that it takes the planet about 1,107 days, or a little over three years, to orbit its host stars. This marks the longest confirmed period it takes for a confirmed exoplanet to orbit its suns.

Planets that orbit two stars are known as circumbinary planets. They are sometimes affectionately referred to as “Tatooine” planets, named for Luke Skywalker’s home in the cult space epic “Star Wars.”

William Welsh, a SDSU astronomer, and one of the co-authors of the study, said that double-star planets are a rare find.  “The transits are not regularly spaced in time and they can vary in duration and even depth,” he said.

According to the team, Laurance Doyle, a coauthor on the paper and astronomer at the SETI Institute, noticed a transit back in 2011. But the team needed more data and several years of analysis before confirming the transit was from a planet with two stars.

Related: NASA just gave $100K to a company that wants to steer asteroids toward Earth

Additional support from amateur astronomers in the KELT Follow-Up Network aided the team in assessing the planet’s mass. The team was also able to determine that the planet is made up of gases, similar to Jupiter.

“[Kepler-1647 b] is important because it is the tip of the iceberg of a theoretically predicted population of large, long-period circumbinary planets,” Welsh said.