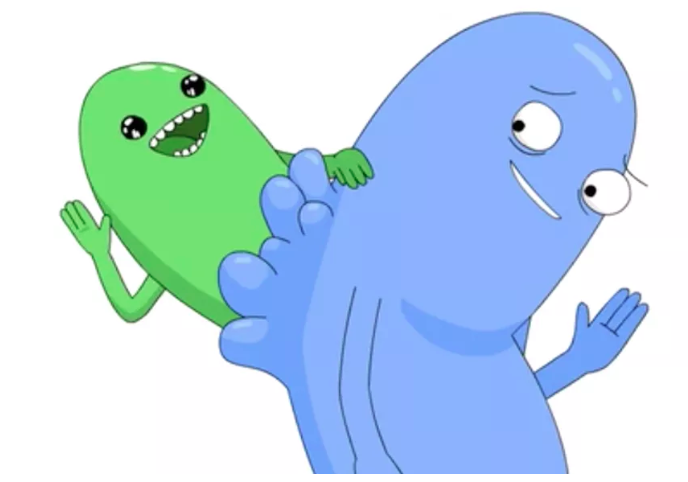 I’ve always felt that the color of text message bubbles on our phones attracts an inordinate amount of attention in the world today, though I know there are plenty of people out there who get hot under the collar when a green text message bubble from an Android device user breaks up a blue iMessage thread.

Some of you, no doubt, stay tucked permanently into Apple’s ecosystem at least in part due to iMessage and the significantly better functionality and user experience it offers compared to standard SMS text messages, with both messaging protocols easily distinguishable via their respective blue and green message bubbles.

Samsung, meanwhile, recently decided to launch a promotion on behalf of Android users who’ve ever felt shamed over the whole green bubble vs. blue bubble nonsense, launching a social media promotion (#GreenDontCare) as well as adding a ton of GIFs to the Samsung Giphy page. The latter is filled with GIFs similar to what you see at the top of this post as well as below — most of them, in my opinion, falling somewhere on the spectrum between awkward and utterly weird.

In addition to this bizarre promotion, Samsung seems to have been so eager to get this campaign up and running that the brand tapped a controversial influencer to help get the message out. 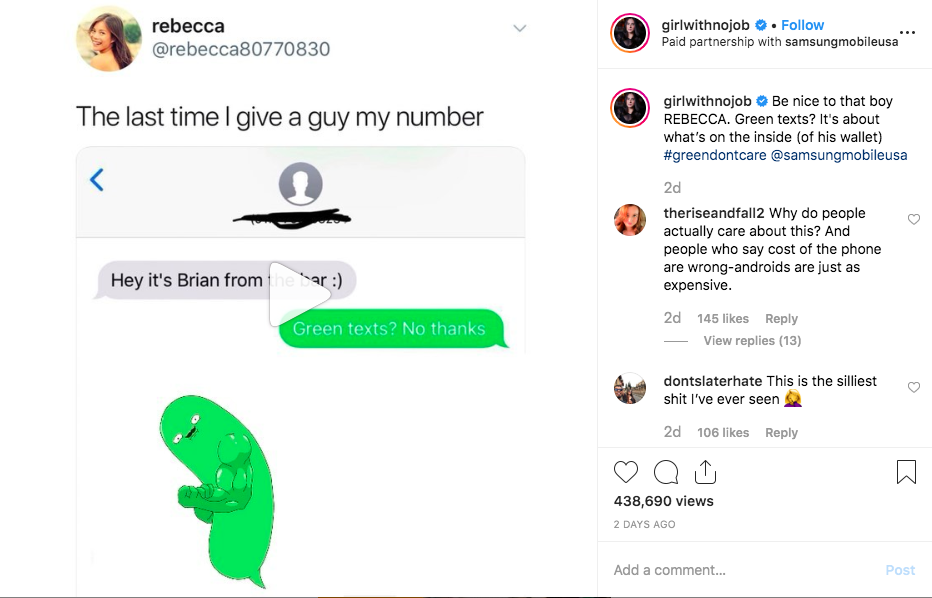 According to Taylor Lorenz, a former reporter for The Atlantic who is in the process of moving to The New York Times, the influencer behind the @girlwithnojob account is the daughter of alt-right personality Pamela Geller and has published a number of racist tweets over the years (the subject, in fact, of an article by Lorenz for The Daily Beast).

Samsung, so far, hasn’t responded to our request for comment about this partnership and how it came about.