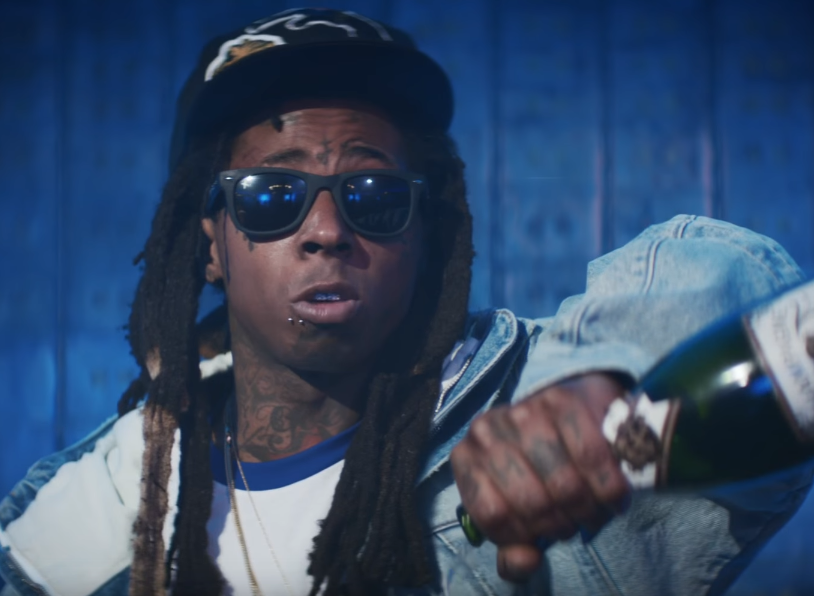 Samsung used to regularly produce first-rate ads for its phones, but over the past couple of years its game has waned a little bit. That all changed last night at the Oscars, however, when Samsung dropped a new ad for the Galaxy S7 edge that featured a big cast of celebrities that included rapper Lil Wayne, Los Angeles Clippers coach Doc Rivers and actor William H. Macy. Without a doubt, it’s the best Samsung smartphone ad I’ve seen in a long time.

DON’T MISS: Oscars 2016: The complete list of winners (and losers)

The ad, which is simply titled “Why?”, features a bunch of different people asking why their smartphones can’t do the things that the Galaxy S7 edge can do. Lil Wayne has the best bit in the whole ad as he expresses annoyance that his phone will break if he douses it with champagne.

“Why doesn’t my phone work if I pour this expensive champagne all over it?” the rapper asks. “How am I supposed to show people how rich and carefree I am?”

Other people in the ad ask why their phone can’t shoot better quality videos, why it can’t turn into a virtual reality headset, and why it doesn’t have strong battery life. All these questions are meant to show off that the Galaxy S7 edge’s capabilities, as you will be able to pour champagne on it and you will be able to turn it into a VR machine with the help of Samsung’s Gear 360 headset.

Check out the whole ad for yourself below.