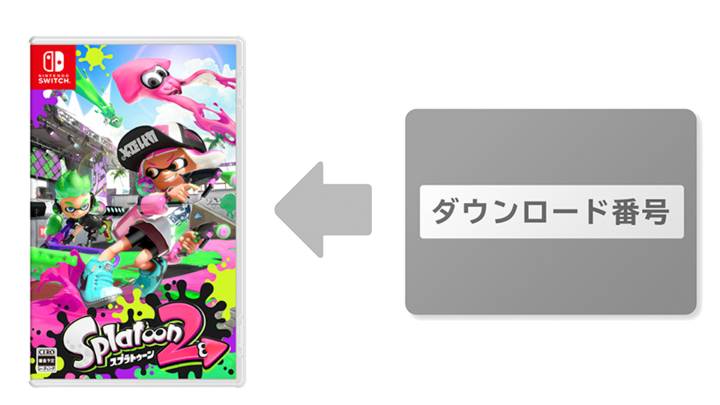 As high-speed home internet connections become more and more ubiquitous, and nearly every new video game title is available for digital download at the same time as the physical copies hit stores, gamers have grown increasingly comfortable with the idea of paying for games that they can never actually hold in their hands. But unlike the PC gaming market, where physical game discs are practically unheard of at this point, there are still plenty of console gamers that feel the need to own hard copies of the games they purchase. Now, Nintendo is experimenting with a strange middle ground between digital downloads and physical packaging, and it will soon be selling physical game boxes with no actual game inside.

As Kotaku reports, Nintendo intends to run something of an experiment with the launch of Splatoon 2 in Japan. Instead of two version of the game — a physical copy and a digital download option — there will be three. The third will be a physical game box which players will purchase in the store, but inside there will be no actual game. Instead, a game download code will be included, which you’ll have to type into the Nintendo Switch eShop in order to download the game.

Nintendo seems to think that the reason some gamers still prefer physical copies of their games is to have something to show off on their shelves. To be fair, that’s a big part of it for some players, but it’s really not the big picture. Ultimately, many customers enjoy owning the physical game discs so that they can sell, trade, or share them with their friends, which obviously won’t be possible if the only thing in the box is a download code.

Nintendo has priced all three versions of the game identically, so there’s no cost savings to be had either way, and it’ll be extremely interesting to see how console gamers react.