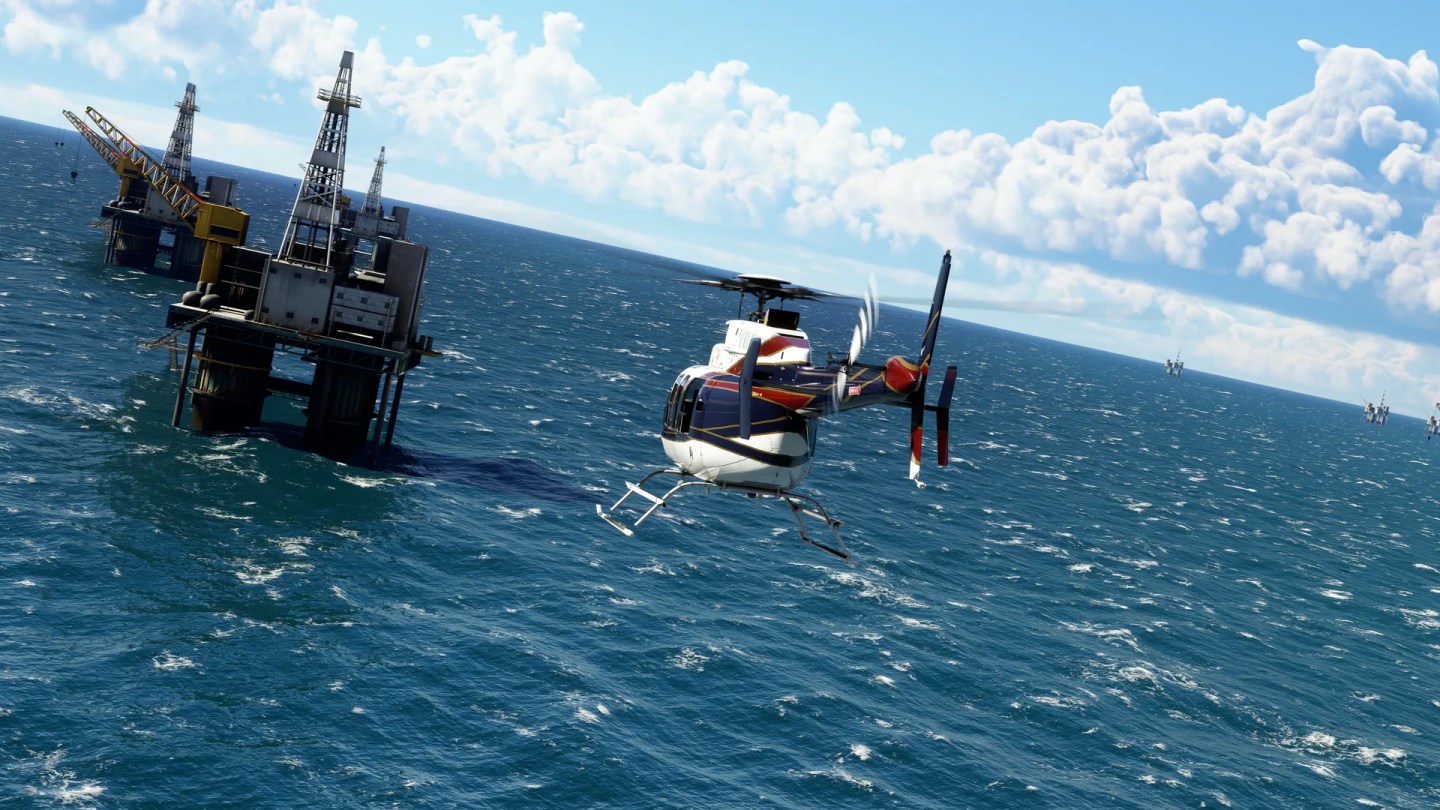 Microsoft’s Flight Simulator is getting one of its biggest updates in years today.

Since the beginning, Flight Simulator has been an incredible game that brought vivid realism to those looking to try their hand at flying an airplane, whether it be a small Cessna or a commercial jet. The only problem was that planes aren’t the only aircraft in the sky. Today, Microsoft is looking to change that.

Today, Flight Simulator rolled out a new update that is bringing aircraft other than airplanes, like helicopters and gliders, to the game for the first time. In an interview with Tom Warren at The Verge, Jorg Neumann, Microsoft’s head of Flight Simulator, said that it was a group effort to bring the new aircraft into the game for its 40th anniversary.

“We didn’t do this all by ourselves. This 40th Anniversary Edition really is a joint effort between Asobo and 10 other creative teams all coming together to make this the perfect gift for flight sim fans all over the world.”

The team even worked with helicopter manufacturers like Guimbal. Neumann said that “we got full access to the manufacturing team, to their flight data, and we talked to their test pilots. That makes a huge difference when you’re trying to make something accurate.” The company is also building out a database of heliports which, according to Neumann, hasn’t even existed until now.

The other thing new in Flight Simulator is access to gliders. Neumann said that “we’ve engaged the total sum of glider clubs in the world” to create a realistic version of gliding in the game.

Now we actually know the amount of moisture that’s in the ground based on the last time it rained, and then we know the angle with which the Sun fires rays at the ground, and that creates the updrift percentage. That’s dynamically creating the thermals.

PC and Xbox gamers can download the new update to Microsoft Flight Simulator today and start flying a ton of new aircraft, including helicopters and gliders.

Don't Miss: Microsoft may be building its own super app