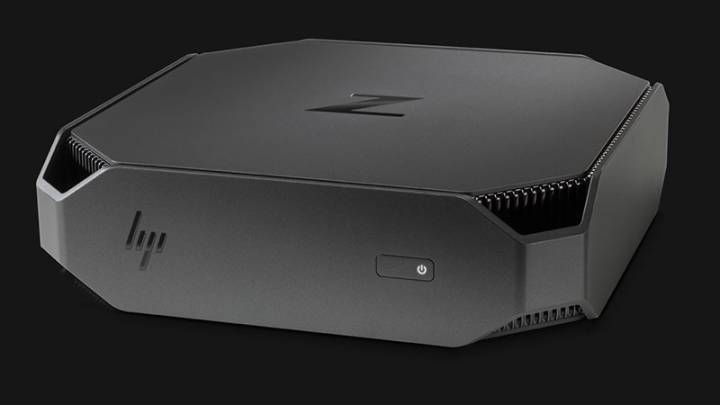 There was no shortage of Apple fans who were disappointed with the lack of Mac mini love at the company’s October event, and while nothing will make the wait for an update to the pint-sized aluminum beast any less excruciating, HP is hoping it can tempt you with a “mini” of its own.

The Z2 Mini is a Intel-powered mini PC built for professionals working with demanding 3D applications, but who apparently don’t have very much desk space. At 8.5 inches wide and 2.3 inches tall, it’s still a big larger than the 7.7-inch by 1.4-inch Mac mini, but not by much. The default configuration comes with an Intel i3-6100 and Intel’s integrated graphics, but the Z2 can made a great deal more powerful than that, with an optional 3.5GHz Intel Xeon processor and discrete graphics courtesy of the Nvidia Quadro M620. Support for up to 32GB of memory and a maximum storage capacity of 1.5TB round out the specs sheet.

HP boasts that the Z2 is certified to run “over 20 professional software applications” such as AutoCAD, MicroStation, and Vectorworks, thanks to 368,000 hours of testing. And if you’re a port snob, you’ll be happy to see a total of six USB ports on the front and back of the small chassis, with four USB 3.0 and a pair of USB-C connections. The Z2 comes with Windows 10 Pro preinstalled, but you can also roll the OS back to Windows 7 Pro if that’s more your style. There’s also support for HP Linux, Red Hat, and SUSE built in.

On the pricing front, HP is starting the Z2 at a fairly reasonable $699, which will score you the base configuration. If you’re looking for the top-of-the-line Z2, HP isn’t quite ready to share that figure, so you’ll have to save your pennies and hope the number isn’t too insane when the computer debuts in December.