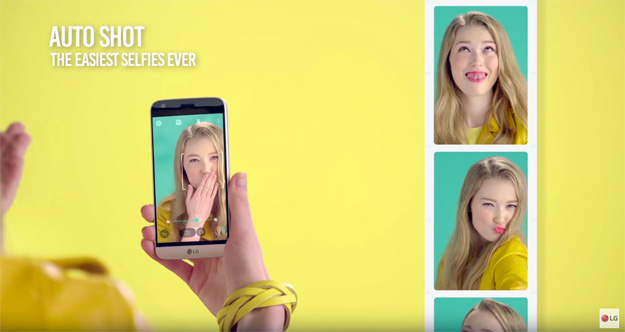 Most hardcore Android fans will argue up and down that stock Android is the only version of Android people should ever use. There is little question that devices running an unaltered Android build offer some advantages over other Android handsets. Namely, they have access to new versions of the Android operating system months or even years before other models. That’s right, years — the latest publicly available version of Android is currently in use on about 2% of all Android devices.

Of course, the issue of untimely updates is far more serious on low-end and mid-range phones than it is on high-end models. And as far as user experience goes, customized builds might offer a number of benefits over Google’s stock Android — at least, that’s what a new video from LG will attempt to convince you of.

LG’s new G5 flagship phone is one of the most innovative smartphones the world as seen in a long time. We explained why in an earlier post. For the first time in a few smartphone generations, LG has built a device that’s not just another Android phone. Instead, it offers some unique hardware features that we’ve never seen before on a widely available flagship handset.

Software, however, is another story. LG’s custom version of Android has never been a build that users en masse were particularly fond of. That is perhaps part of the reason LG decided to release a promotional video on Monday to show off the latest version of its custom Android software enhancements, LG UX 5.0.

As noted in the video, LG has added a number of new features and user interface customizations on top of Google’s Android software. It has also tweaked the UI across the board, including some controversial decisions like removing the app tray (don’t worry, there’s a simple setting in LG’s software to bring it back).

Are LG’s additions just glitz and clutter, or has there been some real value added to Android in LG UX 5.0? Check out the video below and you can decide for yourself.