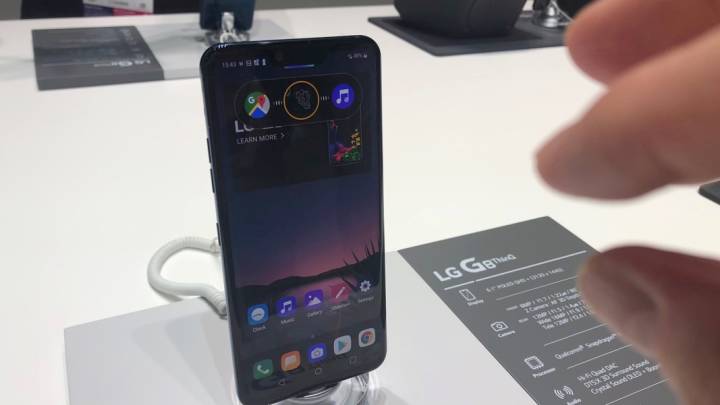 LG has now trademarked what will apparently be the commercial name for its technology that allows the entire display on its new G8 ThinQ smartphone to also double as a speaker.

The smartphone maker showed off the G8 at MWC, where it certainly turned heads thanks to the Crystal Sound OLED technology that uses the phone’s entire screen to act as a speaker. According to a new trademark filing, LG wants to call the technology “Display Speaker,” with the trademark documentation also hinting at what LG will likely do with it next.

From that, it sounds like LG will probably use this same technology in its smartwatches eventually. Which is not to say necessarily that the next LG smartwatch will include this feature, just that it seems the company wants to make this a component of its smartwatches at some point down the line.

LetsGoDigital speculates that space within a smartwatch may still a problem for the Display Speaker technology for the time being. Which makes sense, and also explains why we’re seeing more smartwatch functions starting to be processed in the watch band, freeing the manufacturer from trying to squeeze too much into the main body of the watch. LG, for example, published this patent in recent months that envisions a smartwatch with a camera embedded in the watch band.

About the Display Speaker technology specifically, it was developed in-house by LG and repurposes the OLED display as a diaphragm, which allows for the vibration of the entire display surface to emit sound with impressive volume. As LG explains it, because the technology “takes advantage of the entire display, (it) also improves clarity, making voices easier to discern and subtle musical notes more noticeable.”