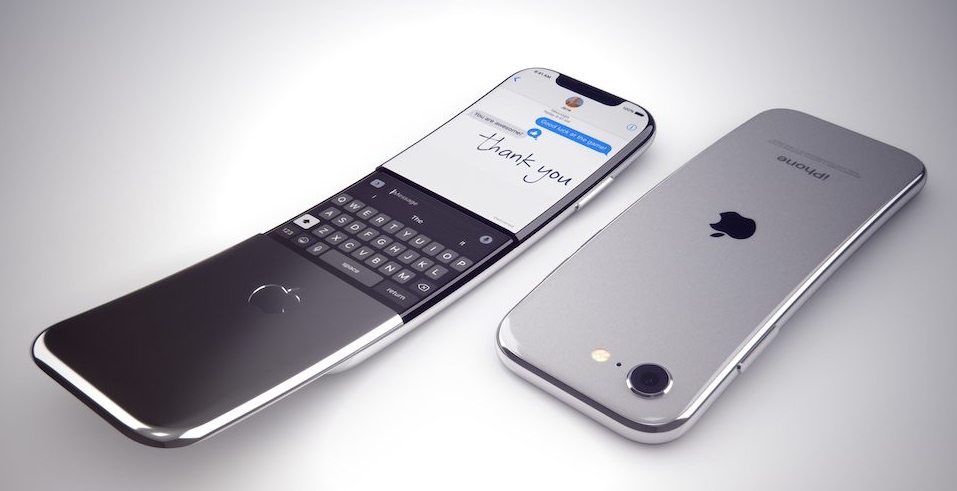 One of the main reasons why last year’s iPhone X launch garnered so much attention and excitement is that the device finally represented a new take on a smartphone design that, to be honest, had grown somewhat stagnant. Before the iPhone X, the iPhone form factor was largely unchanged going all the way back to the 2014 launch of the iPhone 6. In short, the iPhone X represented a breath of fresh air for iPhone users looking for something new.

While next year’s iPhone lineup won’t introduce any major form factor shakeups — aside from the release of a gargantuan 6.5-inch iPhone X — rumor has it that Apple is already working on a number of intriguing new iPhone designs that may see the light of day sometime in the next few years. Specifically, a Bloomberg report from earlier in the week claims that Apple has been prototyping a curved iPhone model designed to stand out in a smartphone market where devices are becoming harder and harder to tell apart.

The rumored iPhone prototype is said to feature a display that curves “inward gradually from top to bottom” and, if all goes according to plan, may hit store shelves within two to three years. Of course, it’s worth noting that Apple routinely works on and develops prototypes that never see the light of day. In fact, you might remember that Apple’s legal battle with Samsung revealed that Apple prototyped a number of varying iPhone designs before deciding on a final form factor.

So while we’ll have to wait a while to see if this mythical curved iPhone ever becomes something you can pick up at an Apple retail store, designer Martin Hajek — whose work you’ve surely seen before — recently put together a series of iPhone renders for iDropNews designed to provide us with an idea of what a curved iPhone might actually look like. That said, the renders below — like many concepts we’ve seen — are more fanciful and ambitious than what we’re likely to see come from Apple. Still, it’s always fun to take a peek at what the future might hold, no matter how unrealistic it may seem at the time.

So without further ado, below are a few curved iPhone concept images clearly inspired by Nokia’s 8110 slider. As evidenced below, and noted by iDropNews, the iPhone concept “is narrower than the iPhone 8, ensuring it’s comfortable to type with only one hand; and its curved design is more pleasant to hold when speaking on the phone.