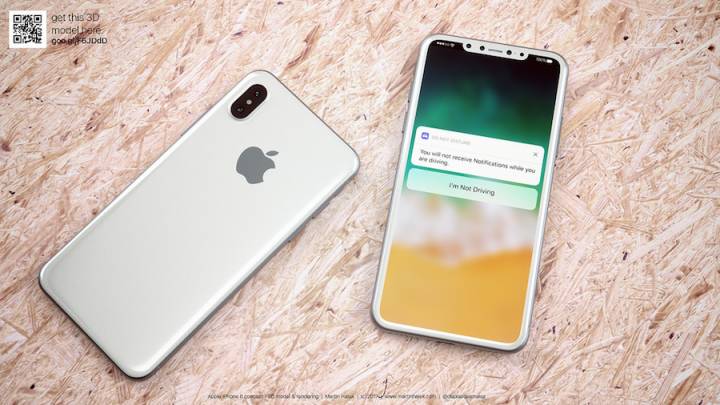 The good news is that we only have to wait a few more days before Apple introduces the iPhone 8, a device that will arguably introduce more new features than any other iPhone release in history.  The bad news is that the device will reportedly launch after the iPhone 7s and iPhone 7s Plus hit store shelves.

Citing sources familiar with the matter, TechCrunch is reporting that the iPhone 8 will launch after the company’s iPhone 7s models arrive. With reports indicating that Apple’s two iPhone 7s models will launch on September 22, it remains unclear just when, exactly, the iPhone 8 release date will take place. Though reports from earlier in the year relayed that the iPhone 8 launch might be delayed until November, more recent indications suggest that a mid-late October launch is more likely. Regardless, it stands to reason that pre-orders for the iPhone 8 will still open up on Friday, September 15.

As to why it will take Apple some time to deliver the iPhone 8, there appear to be two main reasons. One, Apple’s initial design goal for the iPhone 8 was to embed a Touch ID sensor into the device’s OLED display. Apple, however, experienced disappointing yields during early manufacturing runs and was forced to opt for a new design. Second, Apple also encountered some technical hurdles with regards to the OLED display itself.

As detailed in a recent Wall Street Journal article, the OLED displays destined for the iPhone 8 differ from the displays Samsung uses on its own devices.

All told, the initial timeline Apple laid out for iPhone 8 production had to be pushed back by about a month as engineers worked to address the aforementioned manufacturing challenges midstream.

While The iPhone 8 is arguably the most anticipated new iPhone release we’ve seen in years, it appears that the iPhone 8 may also be the hardest iPhone to find once it actually launches. To this point, it’s widely believed that initial iPhone 8 supply, no matter when the official release date is, will be extremely constrained.