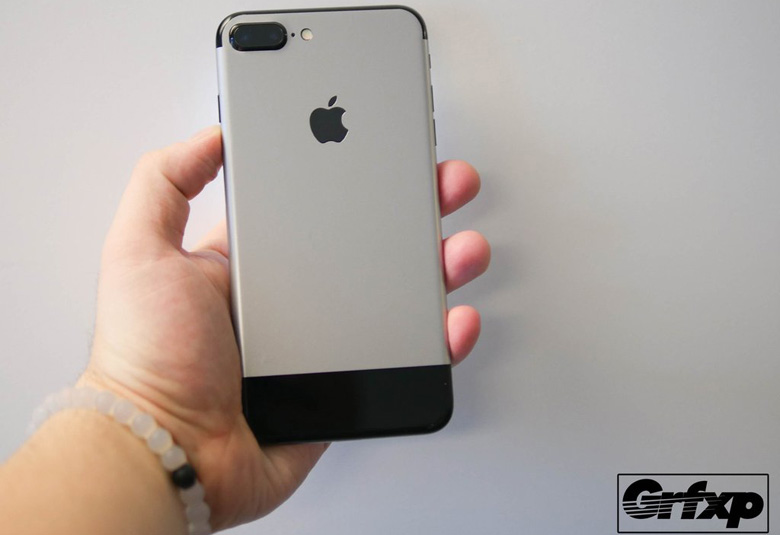 Apple’s iPhone has come a long way in 10 years. A loooooong way. The first-generation iPhone unveiled 10 years ago this week featured a tiny 3.5-inch touchscreen with 320 x 480 resolution (oh, but what a touchscreen it was), a 412MHz single-core processor, between 4GB and 16GB of storage and a 2-megapixel camera. Those specs don’t exactly translate to 2017 very well, but the design of the phone really does. That sleek metal housing is as sleek today as it was back then, and now a company has made a throwback skin that transforms the last iPhone into the first iPhone.

Apple’s iPhone 7 Plus is the latest and greatest handset to come out of Cupertino, and now you can make it look like the first handset to come out of Cupertino. If there’s a better way to celebrate the original iPhone’s tenth anniversary, we’re not sure what it is. The skin is made entirely of vinyl according to Grafixpressions, the company that makes it, and it ships with “E-Z Application Spray” as well as a squeegee to push out excess liquid along with any bubbles. The cost? Just $6 on the company’s website.

Here are a few more photos of the skin on an iPhone 7 Plus: