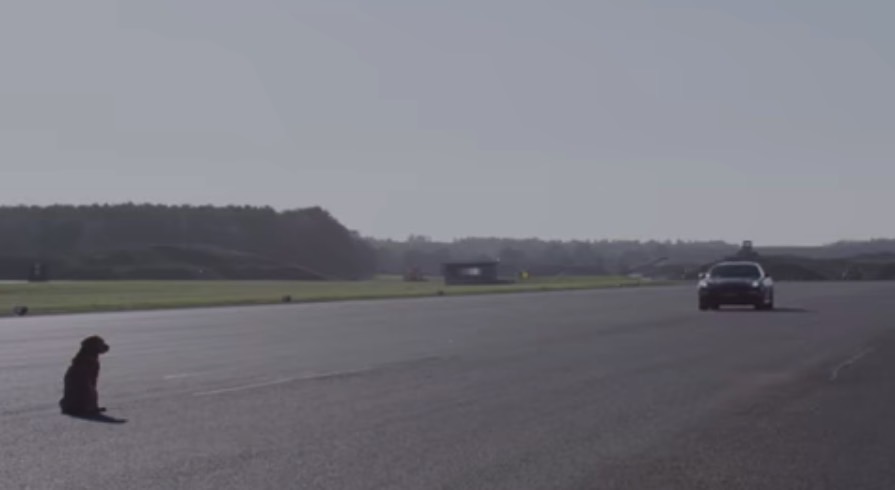 Mobile chips already come with artificial intelligence features, including Apple’s A11 Bionic, Huawei’s Kirin 970, and Samsung’s Exynos 9810. But is the AI good enough to power, say, a self-driving car?

Huawei seems to think that’s exactly the case, and that the Kirin chip inside the Huawei Mate 10 Pro, the flagship phones that US carriers are not allowed to sell, is able to steer clear a car from objects that might appear down the road.

What Huawei set out to do before MWC kicked off next week was to equip a Porsche Panamera with a Mate 10 Pro processor in the hopes of turning it into a self-driving vehicle. And it only had five weeks to do it.

As you can see in the brief video below, Huawei’s AI has been trained to recognize cats and dogs, and the prototype driverless car does avoid a dog in testing.

That doesn’t mean Huawei is ready to launch self-driving cars of its own in the future. The test only shows the vehicle avoiding an obstacle during a test drive. In actual driving conditions, there are plenty of different things AI would have to monitor at the same time, not just the dog or cat that might pop up every now and again in front of the vehicle.

But if a chip used in a high-end 2017 Android device can power self-driving cars then future Kirin chips may do an even better job. The same goes for next-gen versions of the high-end mobile and desktop chips in use right now.

There’s one other point the video makes, that Huawei’s object recognition tech sophisticated enough to pull off these kind of tricks, and should work great on the Mate 10 Pro and its successors.

Huawei’s mobile and self-driving innovations will be on display at MWC this year, so we’ll be able to check them out real soon.