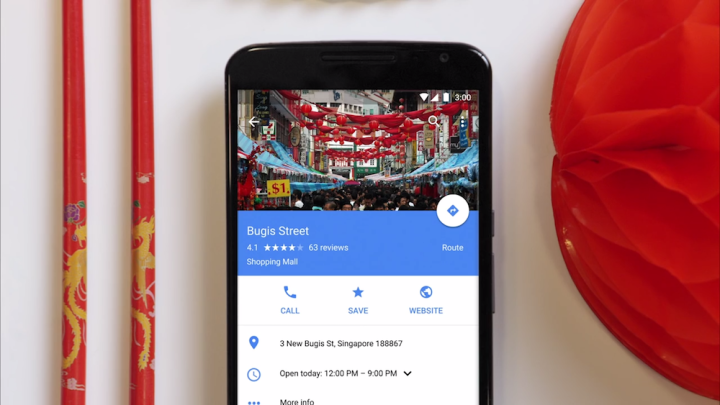 It’s relatively rare that an app or product that starts a sea change in any market remains a market leader for an extended period of time. Typically, early offerings give way to rival products that refine the initial offerings and add new features. In the case of Google Maps, however, Google managed to launch a revolution in personal mapping and navigation, and then maintain a clear lead in this crucial space in the years that followed. Today, Google Maps continues to drive the local search and personal navigation markets, due in large part to Google’s continuing efforts to add useful new features and enhancements to the app. And now, we’ve been treated to a sneak peek at yet another interesting change Google is testing for its market-leading Maps app.

Android news blog Android Police recently noticed a nifty change in the Google Maps navigation interface on Android, but quickly dismissed it as a limited beta feature. Google allows users to enter into a public beta program that gives them access to various features not available in public builds of Google Maps. Some of those features end up making their way to public Google Maps releases while others die on the vine, so there’s often no use in covering them.

This particular new feature offers a very useful new interface tweak, and it ended up reaching the latest public Google Maps release — but only after the blogger who found it deleted the app and then reinstalled it. Here’s an image from Android Police: 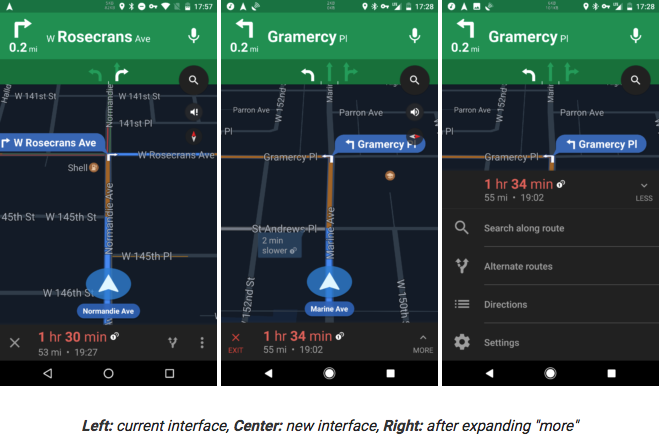 As you can see, a new “more” option appears on the ETA bar while the user is navigating. When tapped, it provides quick access to the following features:

Even more new options can be found within the alternate routes view: 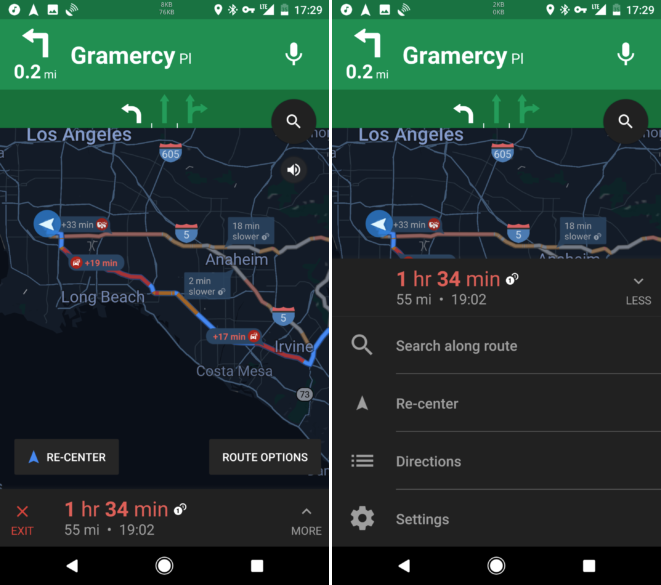 It appears as though Google is A/B testing the new feature, since other users — myself included — do not have access to the new options. It’s unclear when or even if this modified interface will be released more widely.