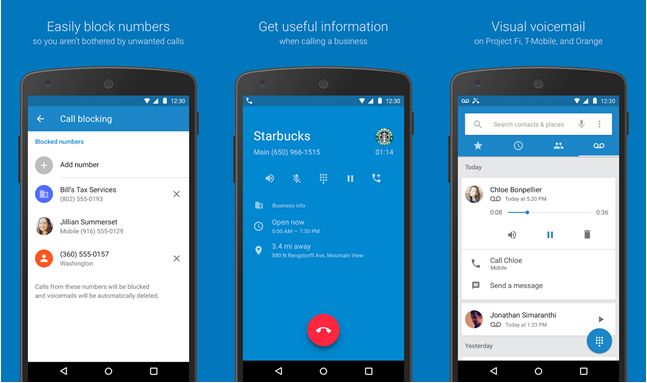 The open-source nature of Google’s Android is both a curse and a blessing. Google conquered the post-PC world by making sure its mobile OS is the dominant platform in the smartphone business. Over 1.4 billion smartphone users have an Android device that can be used to browse the web and bring in some ad-based cash to Google – though many reports still say that iPhone owners are even more profitable for Google when it comes to ad money.

However, Google grabbed the lion’s share of the smartphone market by giving Android away. That means it lost the ability to control its mobile platform.

But Google has other ways of trying to take back control of Android that don’t involve pressuring OEMs and carriers to launch updates in a more timely fashion.

Over the years, the company turned various core Android system apps into independent Google Play Store applications available free of charge to users. That way, hardcore Android fans not happy with the way a certain OEM has customized Android can always install Google’s application that manages an individual phone feature. Better yet, Google can update these apps as often as it likes without having to wait for partners to roll out the updates.

The latest apps to become standalone Google Play Store apps include the Phone and Contacts apps. That means you can now install them on your Android device and enjoy an Android experience that’s more similar to Google’s vanilla version of Android that’s available on Nexus smartphones and tablets, regardless of what device you currently own. And you won’t have to be on Android 6.0 Marshmallow to get them.

There’s one downside, Android Police reports. Only devices that have these systems apps preinstalled will be able to install them. Download both apps from the source link in case you can’t find them in Google Play yet – Google listed them only to unpublish and republish them later, so you might not have immediate access to them directly from the store.