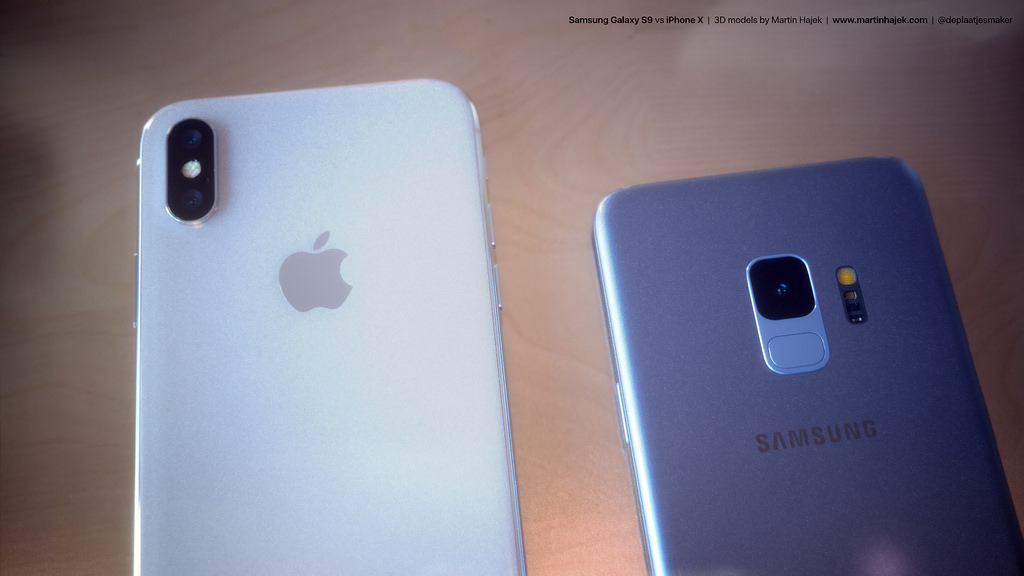 For Android fans, today isn’t only exciting because it’s Friday and the weekend is almost here. It’s exciting because we’re just two days away from seeing Samsung take the wraps off its newest flagship smartphones, the Galaxy S9 and Galaxy S9+. Well, “take the wraps off” isn’t exactly accurate, since there really aren’t any wraps left on Samsung’s upcoming new phones. Everything there is to know about Galaxy S9 and Galaxy S9+ has already leaked, from their specs and design to pricing and, a release date and a preorder date.

Of course, just because we already know everything doesn’t make it any less exciting that Samsung’s latest and greatest phones are finally about to launch. And there’s no better way to prepare than by taking an early look at how Samsung’s new Galaxy S9 stacks up against the current smartphone king, Apple’s iPhone X.

Samsung hasn’t yet released its new Galaxy S9 and Galaxy S9+ smartphone duo, so there’s obviously no one outside of Samsung and its partners who has their hands on the phone at this point. So how can we possibly compare the Galaxy S9 to Apple’s iPhone X? That’s where the skills of gadget-focused graphic designer Martin Hajek come in.

Hajek has posted a set of renders on his blog that give us a preview of what Samsung’s new Galaxy S9 flagship phone will look like next to Apple’s iPhone X, which was released this past November. The iPhone X is widely perceived as one of the most impressive feats of smartphone design to date, inside and out, so we’ll see Samsung’s new flagships pitted against each other dozens of times in the coming weeks.

As always, Hajek’s mockups are photorealistic, giving us what is undoubtedly our best look yet at how these two class-leading devices stack up against each other.

There’s no question that the designs of these two phones is quite similar, but each one is marked by a few signature touches. The iPhone X has its notched display, stainless steel construction, and off-center dual-lens camera on the back. Meanwhile the new Galaxy S9 features a display that’s rounded on both sides with symmetrical bezels above and below it. Samsung’s Galaxy S9 also has a centrally located rear camera with a fingerprint sensor beneath it. The Galaxy S9 also has something plenty of iPhone X owners wish they had as well: A headphone jack.

Samsung will unveil its new Galaxy S9 and Galaxy S9+ on Sunday. The phones are then expected to be made available for preorder on March 1st or March 2nd, ahead of their release on Friday, March 16th.