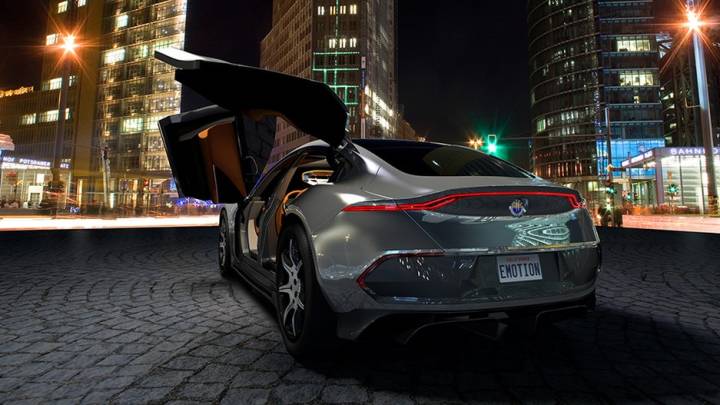 When it comes to mass market EVs, there’s no denying that Tesla is the company to beat. Thanks to the popularity of the Model S, the Model X and the forthcoming Model 3, Tesla at this point is practically synonymous with electric cars. That said, the EV marketplace is growing more competitive with each passing month, especially as traditional automakers devote more and more resources towards EV development. What’s more, Tesla also faces growing competition from upstart EV companies such as Fisker, the brainchild of legendary car designer Henrik Fisker.

Earlier today, Fisker officially announced the impending release of a brand new car it’s calling the Fisker EMotion. Spec wise, the EMotion seems impressive. Sporting a carbon fiber and aluminum design, Fisker notes that the EMotion can reach a top speed of 161 MPH and, more impressively, will be able to go 400 miles on just a single charge.

“The vehicle’s design gives greater consideration than ever before to its passengers’ safety, comfort, and convenience,” the company’s press release reads in part. “Fisker’s patented frontal crash structure exceeds current standards to protect all occupants. The cabin features a luxurious, spacious interior with superior rear legroom.

“The EMotion seamlessly combines technology into the design of the vehicle,” the company adds. “The front end’s bright aluminum centerpiece houses a LIDAR system behind a tinted screen. Side mirrors conceal two cameras, which enable panoramic, 360-degree views to the driver.”

Additionally, Fisker also rolled out some new teaser photos for the EMotion, as evidenced below.

For anyone interested, the company notes that pre-orders will kick off on June 30 exclusively via fiskerinc.com.