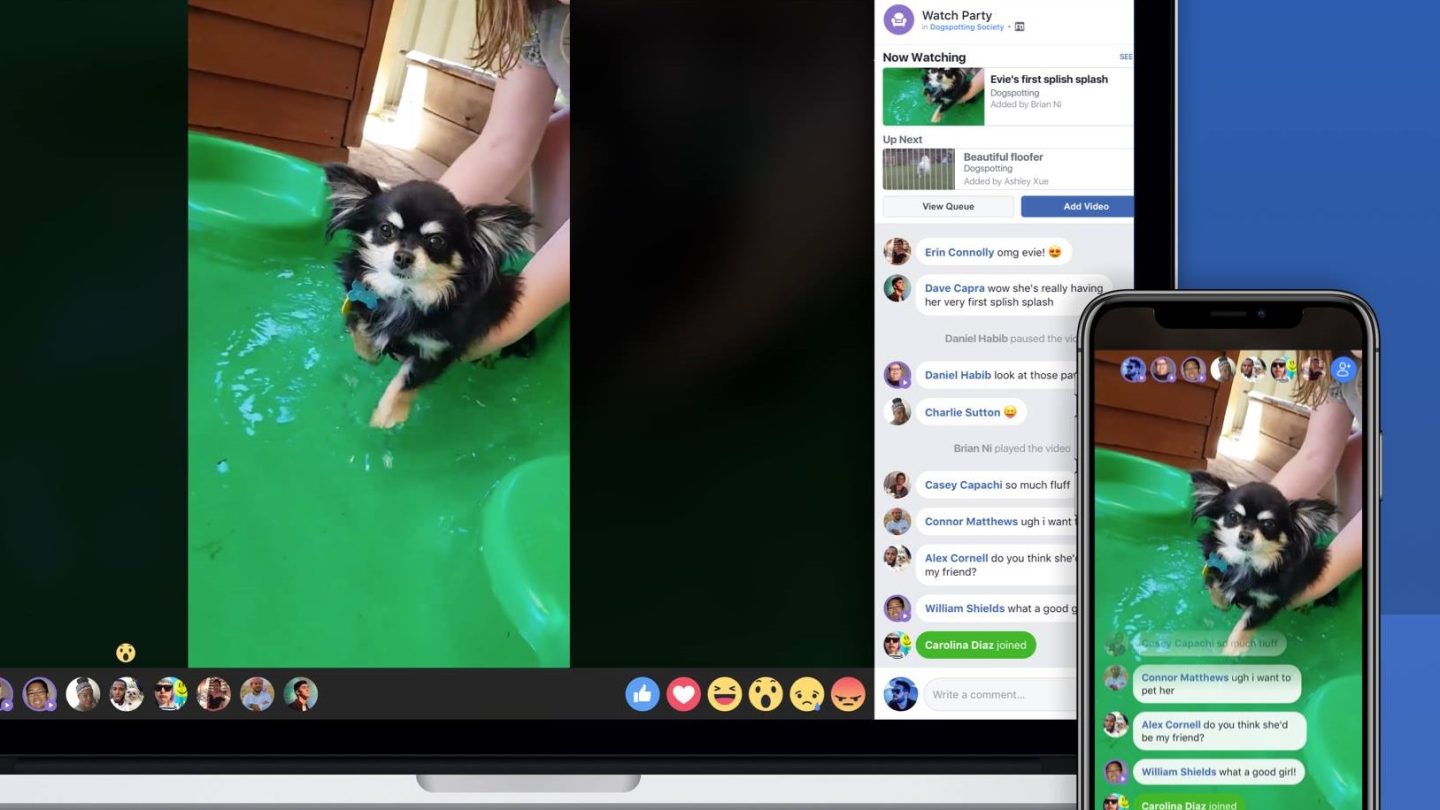 Have you ever sat around bored on your lunch break, browsing through Facebook and watching some of the autoplay videos that appear in your timeline? I imagine you have. But have you ever wished that you could just hold on to that video, gather a group of friends online and watch it all at once? Anyone? Anyone? Bueller?

On Wednesday, Fidji Simo, Facebook VP of Product, revealed a new feature called “Watch Parties,” which will allow members of a Group on the social network to do exactly that. Admins or moderators can choose any public video on Facebook, live or recorded, and invite everyone in the group to watch it all at once. Once invited members join the “party,” they’ll be able to comment and react like they would on a live video for everyone to see.

Facebook rolled out the new feature to “a handful of Groups” on Wednesday, with an expanded rollout planned for some point in the future. Of course, there’s always a chance that the feature won’t take off and Facebook will shelve it, and considering how services and features like this have done in the past, that wouldn’t be shocking.

As often as we share funny videos and tweets with each other, I can’t imagine a time in my daily life where I would want to set aside three minutes to watch one of those videos simultaneously with my friends in a Facebook Group while we spam silly reactions. But maybe I’m just not the target audience for “watch parties.”

“The Watch Party viewing experience is special because of the people you are watching with,” said Simo in a status update on Wednesday afternoon. “We’re starting with Groups because one billion people use Facebook Groups every month to connect around their passions and hobbies – from foodies, to dog lovers, to sports enthusiasts, to fans of video creators – and video is a huge part of this interaction. While this is just a small test at the moment, we’ll be learning, and hope to expand Watch Party in the future.”