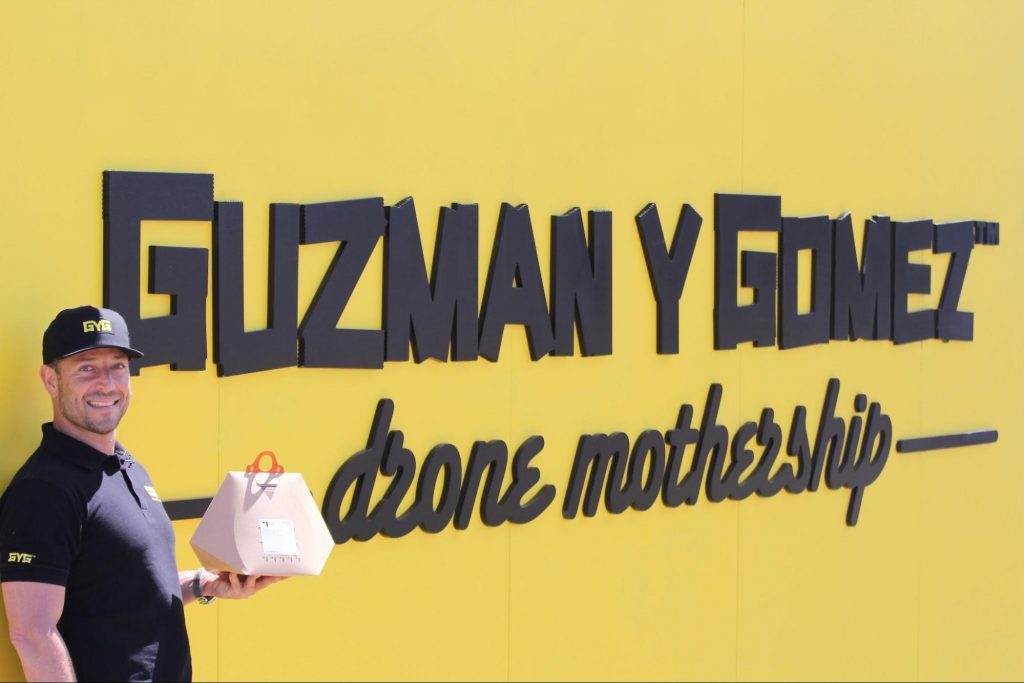 Everyone gets cravings for tasty, tasty Mexican food every once in a while (or every few days, if you’re me), but leaving your couch is just such a hassle these days. I mean, you can order caskets on Amazon Prime and have them delivered to your door, so leaving the house for something as trivial as food is just plain absurd, right? Alphabet feels the same way, so they’re launching a pilot program with a popular Mexican food chain in Australia to test the feasibility of delivering burritos via drone.

The chain, Guzman y Gomez (or GYG for short), was approached by the Project Wing team, which is part of X (formerly Google X), and resides under the larger Alphabet umbrella. The Project Wing group proposed a food delivery service using the group’s own drones, and GYG jumped at the opportunity.

“Once we decided we were onboard, we immediately got to work on creating the Guzman y Gomez Drone Mothership,” the company writes on its blog. “We created and built the Drone Mothership, our custom kitchen to be located at Wing’s test site, in Sydney and then packed it up and headed south to Project Wing’s drone test site.”

The remote food preparation facility serves as the central hub for the delivery service, with drones picking up orders and carrying them to hungry customers. The specially-designed packages the drone carries are designed to keep the food nice and warm even as it’s cruising at high speeds, because nobody likes a cold burrito.

The company already made its first paid deliveries, and says they are still sending burrito drones today. The service will be up and running “at least for the next few months” according to the restaurant, and there’s no telling where it could go from there. Much stricter drone laws would likely prevent such a service from operating in the US or much of Europe, but that could change in the near future.