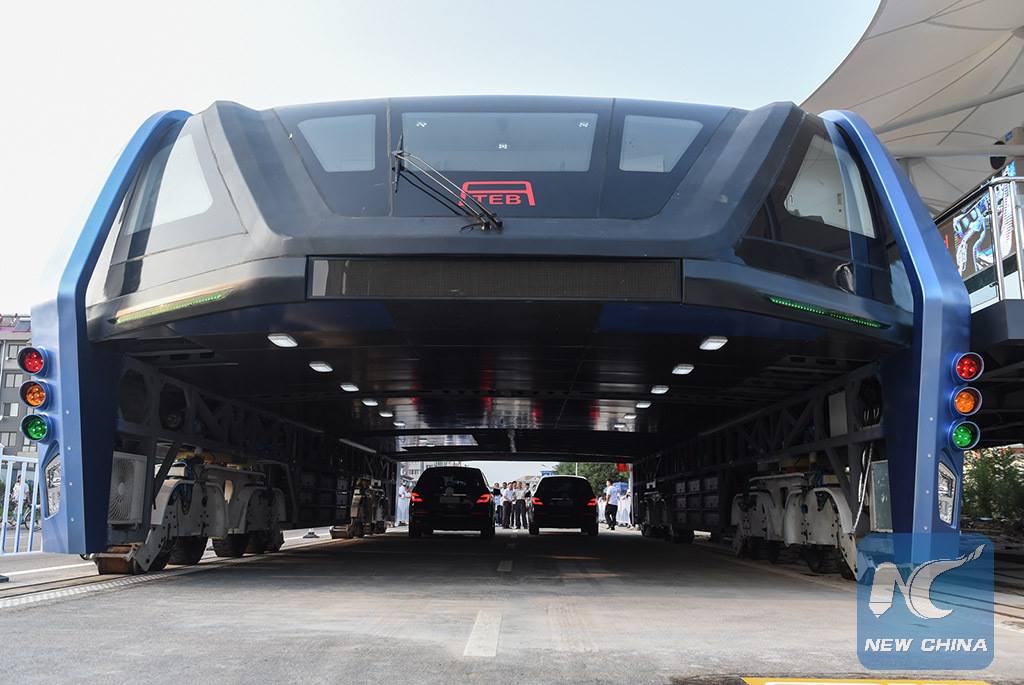 The contraption in the image above started as a crazy concept only a few months ago, and it’s already being deployed as a functional product in China. The elevated bus is meant to be a cheaper solution to subways, and a way to use existing roads for public transport without contributing to traffic congestion.

Called the TEB-1, or Transit Elevated Bus, the public transportation concept was tested in China on Tuesday. The TEB-1 travels on special rails placed on either side of any roadway and is powered by electricity, CNET explains. The bus can transport up to 300 people, while regular vehicles are able to pass underneath. Also impressive is the driver’s cockpit (see video below) which offers a great view of traffic – maybe he should be called a captain, given the size of the “ship” he’s piloting.

The TEB-1 pilot is made of a single car, but the initial design imagined busses made of multiple cars connected to each other which could transport an even larger number of people at a time.

While very exciting, the bus may also be terrifying at first for the people in the cars traveling underneath it. Imagine a tunnel that travels over your head as you drive.

Assuming the pilot is successful, TEB-1 busses could be deployed in cities where existing roads would actually allow transportation authorities to build the appropriate tracks and bus stops.

The video below further explains the TEB-1 concept, and how it became an actual product.