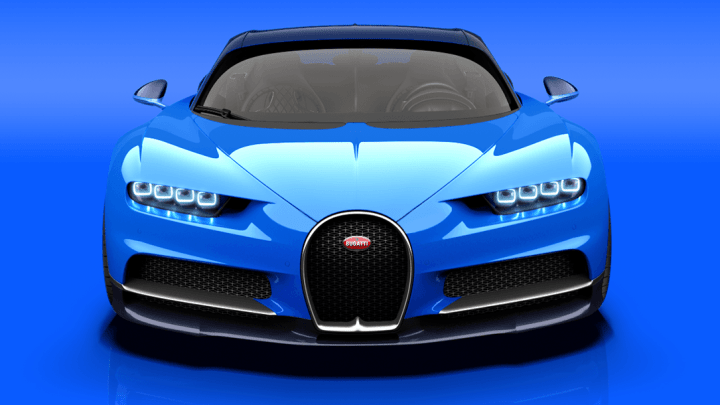 It’s only been about a year and a half since Bugatti first unveiled its Chiron supercar to the world, but it’s already made a real case for itself as the current pinnacle of automotive engineering. The latest example of this is the manufacturer’s real-world testing which sent the Chiron on a 0-to-248 mph-to-0 sprint and stop that was accomplished in less than 42 seconds. Yeah, this thing is a bit of a monster.

Conducted at the Volkswagen test track in Ehra-Lessien in Germany, the test saw racing driver Juan Pablo Montoya take Bugatti’s black-and-blue beast from a standing stop to 248.548 mph (which is 400 kmh) and then right back to zero in 41.96 seconds. That might sound fast even before you have a frame of reference, but just for the sake of comparison, Bugatti’s Veyron Super Sport supercar — which would still demolish nearly anything that goes up against it today — needs more time than that just to go from zero to 248 mph, ignoring the other half of the equation completely.

The feat is a record-breaker for production vehicles, and Bugatti wants the world to know it’s not afraid to put its cars to the test on a real-world track. “Bugatti is the first car brand that not only calculates how fast a car can go from zero to 400 to zero on a computer, we actually drove it,” Bugatti’s CEO Wolfgang Dürheimer boasted in a press release. “Where others are satisfied with theory, we validate our data with real-life values.”

That little stinger on the end is a bit of poorly disguised shade thrown at competing supercar makers. As Motor Authority points out, manufacturer Koenigsegg has a habit of bragging about their vehicles’ performance figures without actually testing them in real-world conditions. Instead, they often rely on computer simulations to estimate how the cars would perform if put to the test, and that doesn’t seem to sit very well with Bugatti.