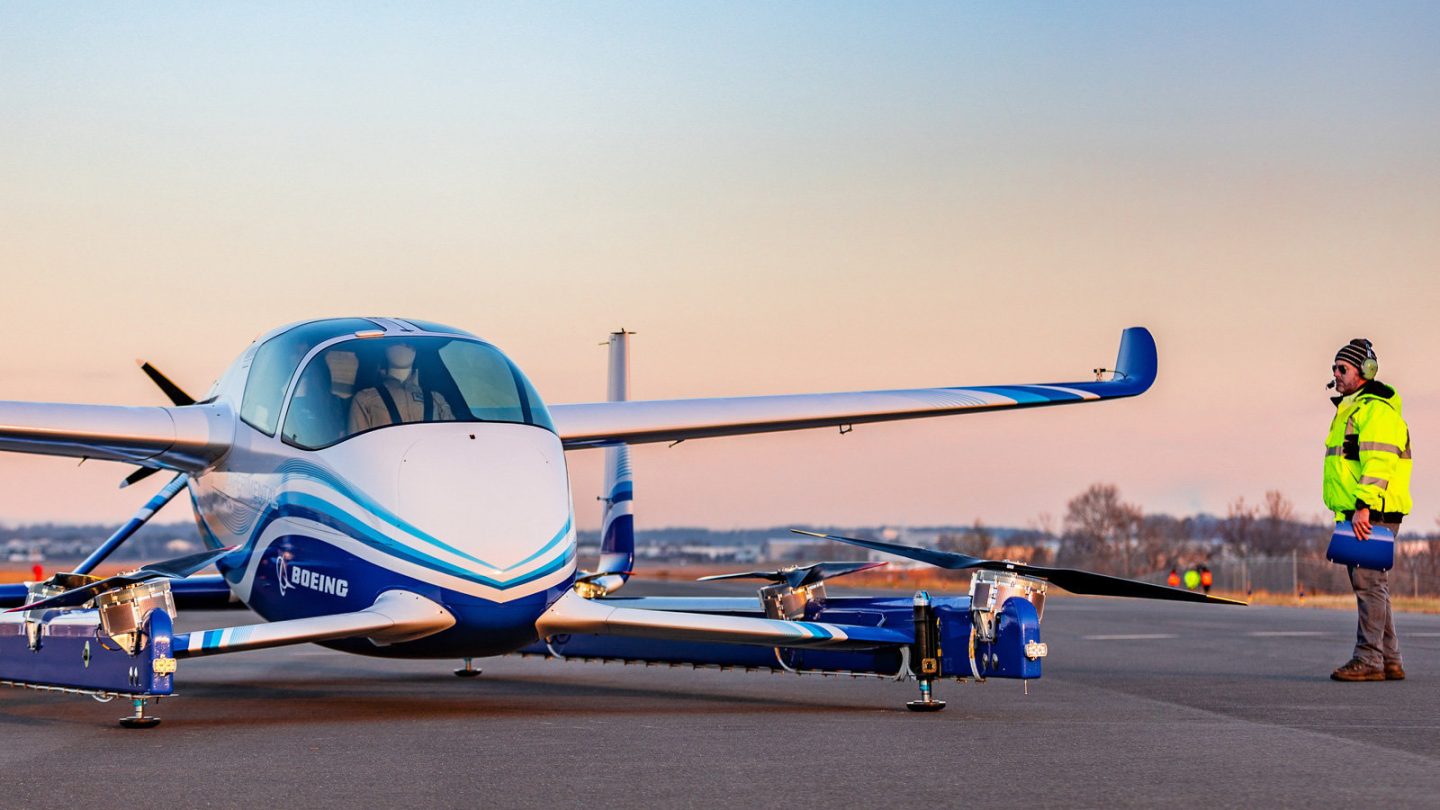 If companies like Boeing get their way, a day is coming soon when we won’t have to resign ourselves anymore to the frustration of congested roadways and gridlocked city streets once flying taxis become a real thing.

One of the next battlegrounds for traditional aviation companies, tech firms and start-ups is the race to develop the first working self-flying air taxis — helicopter-like vehicles designed to carry people a short distance and which open up all kinds of possibilities especially for ridesharing companies like Uber, which wants to build a flying taxi service called Uber Air.

Boeing, for its part, seems to be the farthest along of them all. It just completed the first successful test flight of one of its autonomous flying taxis, with the company sharing footage of the test flight that shows its air taxi lifting off and hovering for a few moments and then returning back down to land.

BREAKING: It’s another first for us. Along with @AuroraFlightSci we’ve successfully tested our passenger air vehicle. We continue our progress towards a safe and sustainable urban mobility ecosystem. #TheFutureIsBuiltHere pic.twitter.com/hwuw4d5jmz

Boeing chief technology officer Greg Hyslop released a statement raving about how the company has in just one year “progressed from a conceptual design to a flying prototype.” It’s worth point out, though, that the recent test, while successful, was certainly limited and didn’t include any actual, you know, flying. It was just — take off straight up, hover, then land.

In terms of some of the other details about this test in Manassas, Virginia, that Boeing has shared, the prototype craft runs on a battery and has a range of 50 miles. Boeing is working on this in partnership with Uber, and the aviation company’s leadership has said they believe the prototype shows enough promise that it will eventually be usable in an air taxi fleet in the not-too-distant future. That’s the plan, at any rate.

Uber exec Eric Allison described the test flight as a “tremendous step forward” for the vision of aerial ridesharing that Uber has been working on for a couple of years now. Besides Boeing, other companies like Airbus and a German startup called Volocopter are likewise working to launch air taxis of one kind or another.

It’s definitely a concept that might sound far-fetched to some people, but companies like these would have you believe it’s a matter of when, not if. Everyone is mostly still as far as the test phase right now, launching experimental flights to begin working on kinks enough to take things to the next stage. Still, don’t expect this kind of thing anytime soon.

Uber has been public about wanting to launch UberAir in the next four years, but other estimates suggest it will take even longer before the Federal Aviation Administration in the US gives its stamp of approval to the idea of flying taxis.