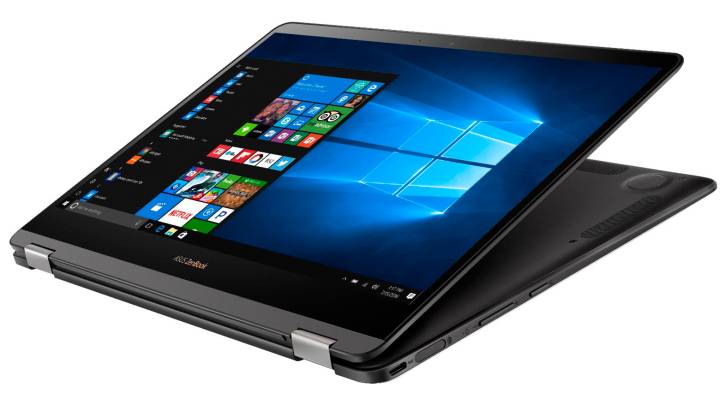 Deciding between a laptop, a tablet, or a somewhere-in-between has becoming an increasingly difficult choice in recent years. Microsoft’s touchscreen-friendly versions of Windows have helped spawn a whole separate category of portable computers, and Asus just announced its finest effort yet. It’s called the ZenBook Flip S, and it’s already catching a lot of eyes.

Following in the already thin footprint of the ZenBook Flip, the ZenBook Flip S is, Asus boasts, the “world’s thinnest 2-in-1 convertible laptop.” The notebook weighs under 2.5 lbs, and measures just 10.9mm in thickness. The display rotates back a full 360 degrees, turning it into a tablet, and it utilizes the company’s fancy “ErgoLift” hinge which helps adjust the keyboard position depending on how far back you adjust the screen.

It runs Windows 10 (obviously), and it gets its smarts from a 7th-gen Intel Core i7-7500U. On the storage side of things, this ultra-slim notebook somehow manages to hide a huge 1TB SSD within its tiny frame, which is good news for anyone who might want to make the Flip S their primary workstation.

As a tablet-but-also-sort-of-tablet, the display is a pretty big deal here. It measures 13.3 inches, which is pretty standard these days, and supports multitouch and active stylus input as well, with the typical 1,024 levels of pen pressure we’re used to seeing out of Windows 10 touchscreens. Asus notes that the Flip S can be configured with “up to” a 4K UHD display, with what the company calls “NanoEdge” technology, which seems to be just a fancy word for it having a thin bezel. Pricing starts at $1,099, and it will be available in September.