If you had to guess 5 out of 10 of the highest grossing iOS apps on the App Store in 2018, there’s a good chance you would fail miserably. While-widely known apps like Candy Crush certainly rake in money hand over fist, the most lucrative iOS apps aren’t necessarily well-known outside of certain countries.

To this point, a new research report from Sensor Tower (via Business Insider) reveals which iOS apps in 2018 managed to generate the most in revenue. Standing atop of the list is Netflix, an app which Sensor Tower claims to have generated $790.2 million in revenue over the past 12 months on the App Store alone. Netflix rival Hulu, meanwhile, occupies the 10th spot after generating $132.6 million in revenue in 2018.

Beyond those two apps, the rest of the list is split between apps that have huge followings outside of the U.S., and apps with truly global appeal. Here’s how it all shakes out.

In the number two spot we have Tencent Video, which generated $490 billion in revenue in 2018. Following that we have Tinder, a popular dating app with a business model that relies upon in-app purchases exclusively. After that we have iQiyi, Kwai, YouTube, Pandora, Youku, and QQ.

Interestingly, if we take a look at which apps generated the most revenue strictly in the month of November across both iOS and Android, the landscape looks markedly different. As evidenced below, there are a lot more games in the mix, with some not so surprising cameos from the likes of Fortnite and Candy Crush Saga. 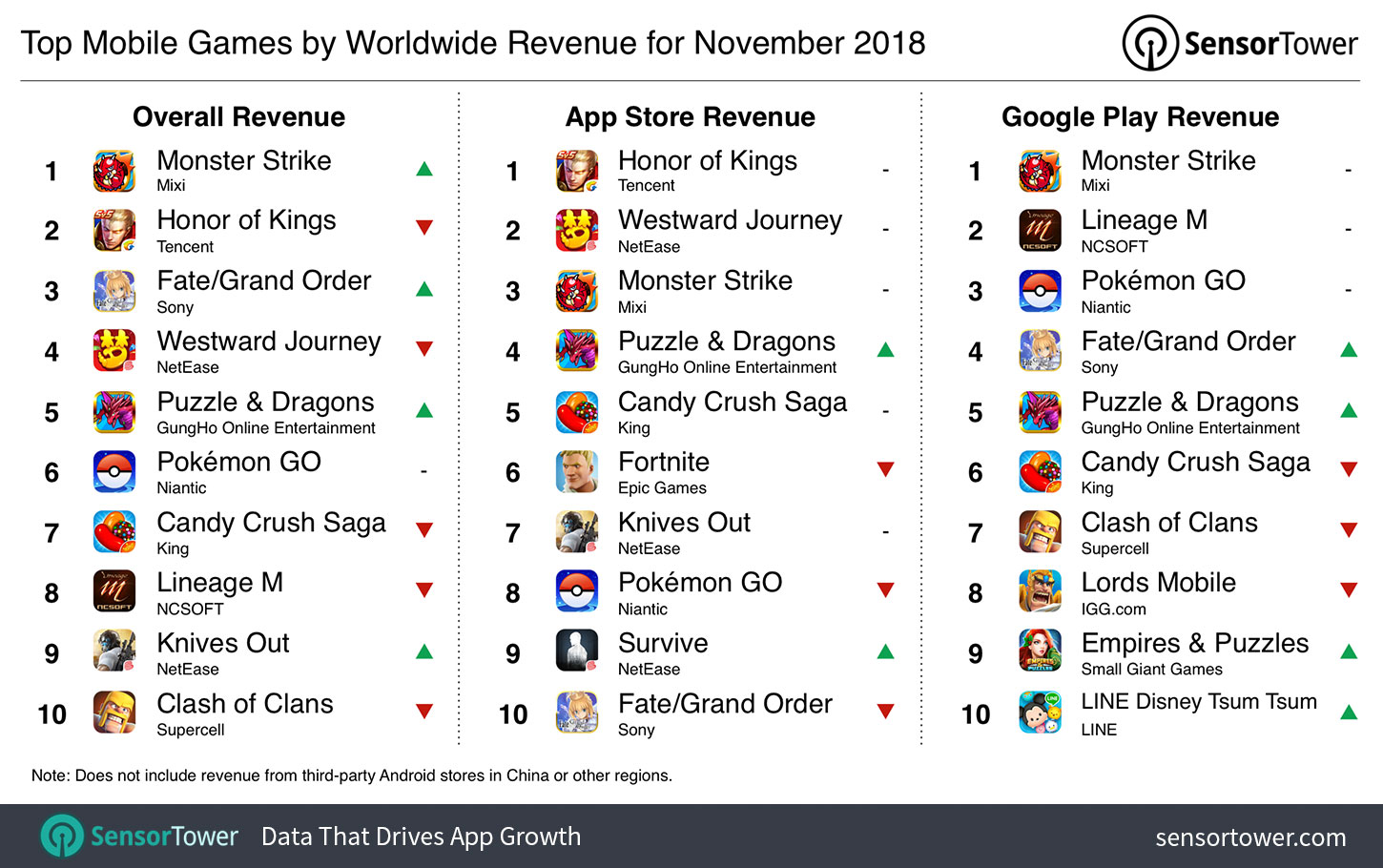 And casting revenue aside for a second, Apple recently released its list of the most downloaded free apps from the App Store in 2018. That list reads as follows: