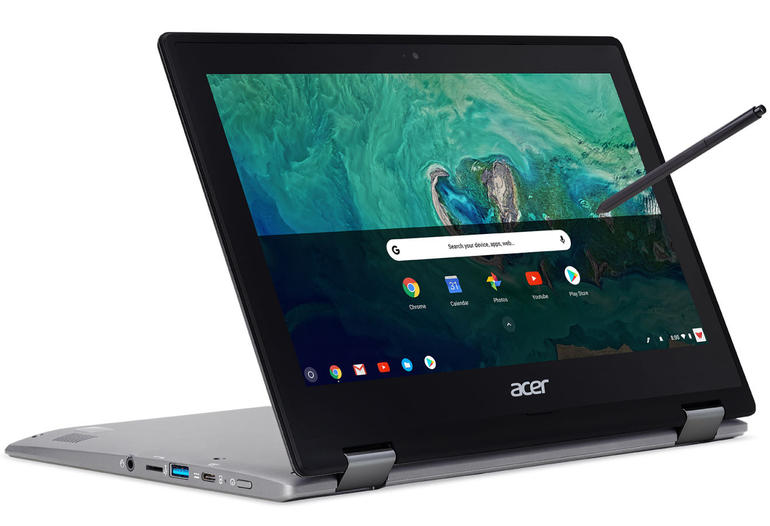 Apple has stubbornly refused to update the MacBook Air in any meaningful way for the last three years, leaving us with an “entry-level” $999 laptop with a woefully outdated screen and body design. If you’re thinking about buying one, it’s probably because you need an affordable computer with great battery life, enough power to handle documents and web browsing, and a body thin enough to slip into a laptop bag.

Now, no-one’s going to mistake the Chromebook Spin 11 for a MacBook. It has the plastic construction you’d expect from a $350 laptop, and the Intel Pentium or Celeron processor inside isn’t quite as fast as the Core i5 that comes with the MacBook Air. But combined with 4GB or 6GB of RAM — and Chrome OS’s efficient management of resources — and it should be more than enough for anything you can do on a Chromebook.

The Chromebook Spin also has an 11-inch 1366×768 screen, much like the smaller MacBook Air. That resolution is a disappointment, but the Chromebook Spin makes up for it with a touchscreen and support for a Wacom stylus, as well as a hinge that allows you to flip the screen back on itself to use the laptop like a tablet.

Port-wise, the Chromebook Spin is well-endowed with a USB-C for charging and data transfer, as well as two USB 3.0 ports for accessories, and a microSD card to augment the 32GB or 64GB of internal flash storage.