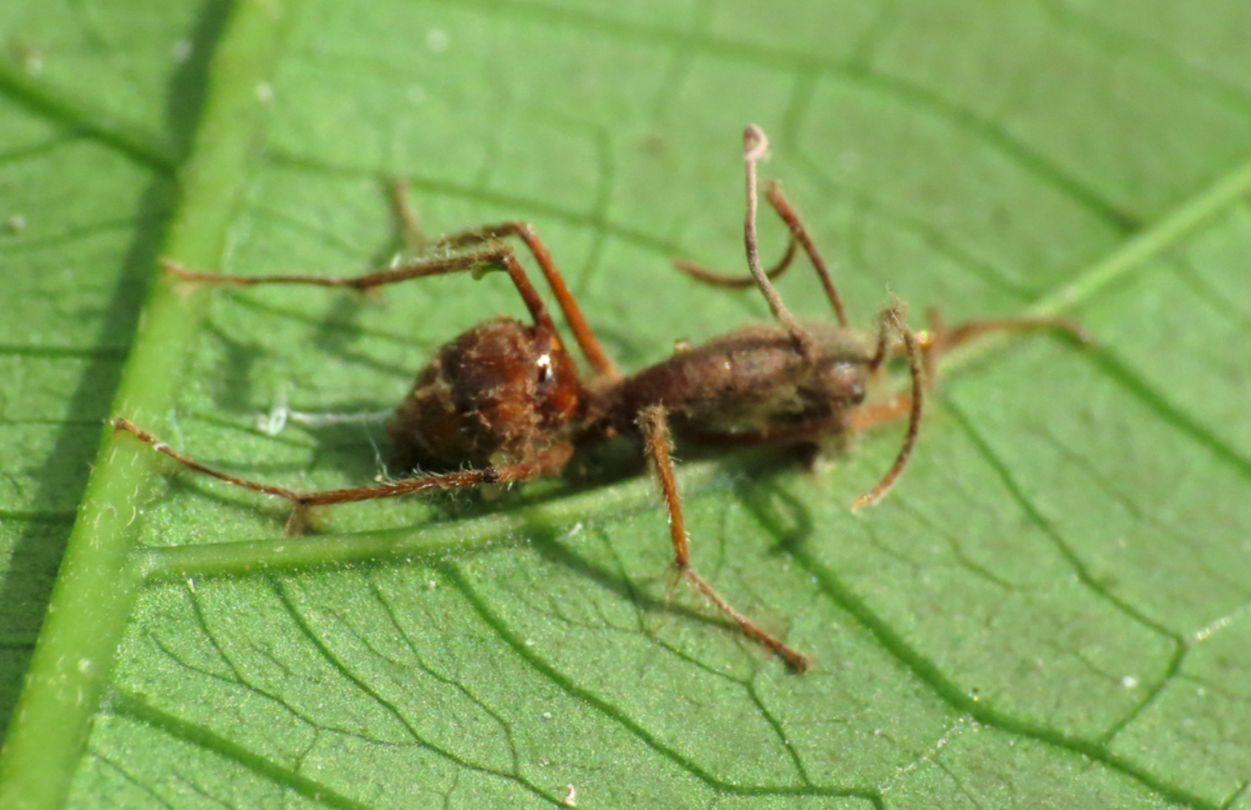 An incredibly powerful type of fungal parasite that is known to turn ants into actual zombies is actually even more devious than was first thought. The fungus, called Ophiocordyceps unilteralis, causes its hosts to behave in peculiar ways, including clamping down on vegetation and hanging precariously from the edges of leaves and twigs. It was long thought that the fungus alters the brain of the bug in some way, forcing the behavior, but new research reveals the truth is even stranger than that.

The new work, which was published in the journal Proceedings of the National Academy of Scientists, studied the behavior of the fungal infection in the host ant’s body in a more detailed way than ever before and discovered that it’s not actually the brain of the ant that is overwhelmed. Instead, the fungus actually takes complete control of the ant’s body, spreading its cells to the insect’s abdomen and legs, as well as the head, but leaving the brain of the bug untouched.

The discovery sheds light on how the fungus can force the ant to behave in any way it chooses, as the insides of the host are transformed into fungal cells. “Fungal cells were found throughout the host body but not in the brain, implying that behavioral control of the animal body by this microbe occurs peripherally,” the paper explains. “Additionally, fungal cells invaded host muscle fibers and joined together to form networks that encircled the muscles. These networks may represent a collective foraging behavior of this parasite, which may in turn facilitate host manipulation.”

“In essence, these manipulated animals were a fungus in ants’ clothing,” David Hughes, senior author of the work, says. “Normally in animals, behavior is controlled by the brain sending signals to the muscles, but our results suggest that the parasite is controlling host behavior peripherally. Almost like a puppeteer pulls the strings to make a marionette move, the fungus controls the ant’s muscles to manipulate the host’s legs and mandibles.”

Eventually, the host is immobilized and the fungus breaks free of its body, spreading its spores and potentially infecting other insects which then begin the cycle all over again. It’s an incredibly interesting life cycle, and if you’re an ant, it’s also insanely scary.