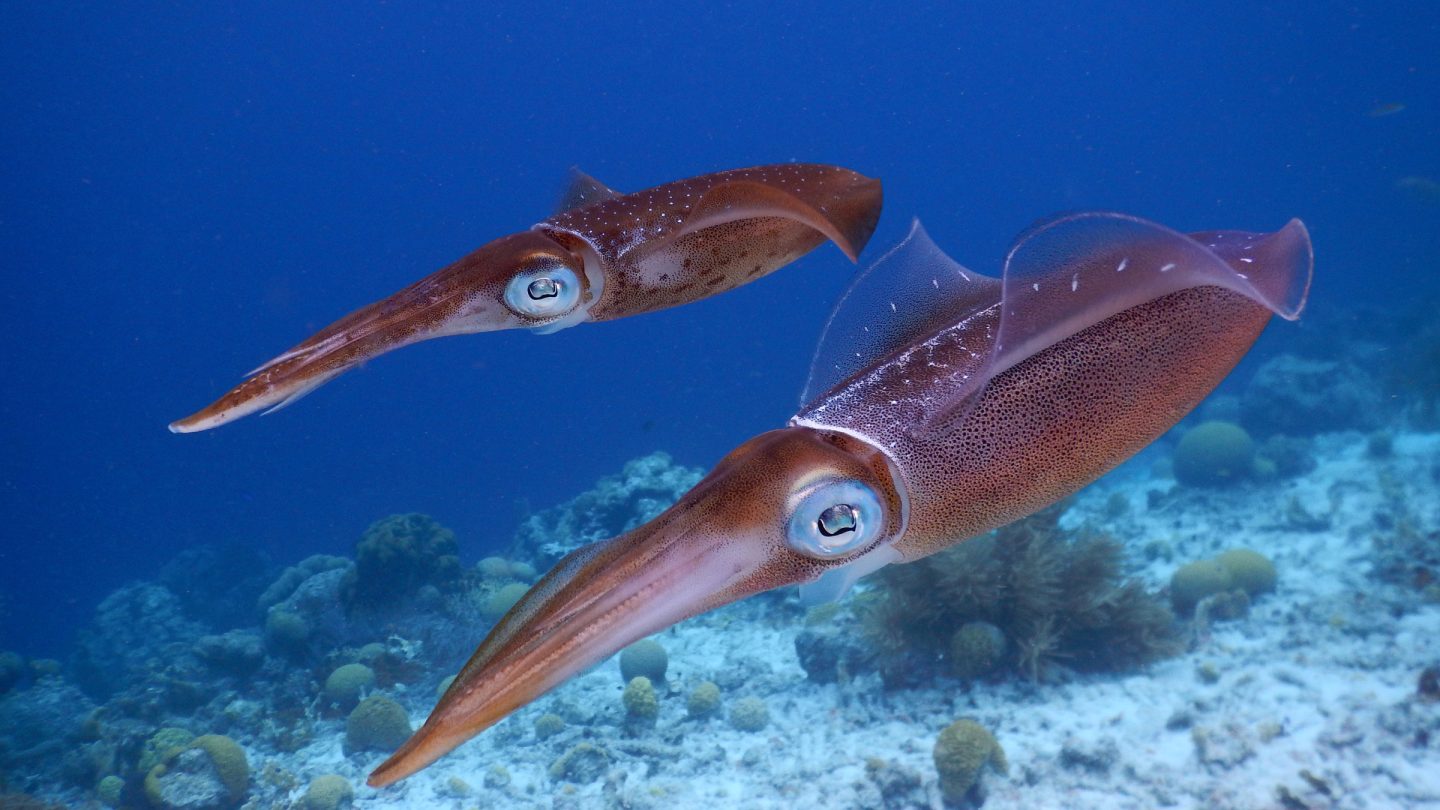 A new video captured in the mesopelagic zone finally shows scientists how giant squids stalk and attack their prey in the deep ocean. The video is the first of its kind. Researchers used longer-wavelength red lighting to light the way for an underwater vehicle. This allowed them to capture the giant squids attacking prey without annoying them.

Nathan Robinson, with the Oceanographic Foundation in Spain, led a team of researchers studying giant squids. Normally, underwater vehicles would include bright lights, so video captured in the deep ocean’s darkness was viewable. However, bright lights annoy and scare giant squids away.

As such, capturing the giant squits attacking prey in their natural environment was difficult, as they needed another way to light the underwater vehicle’s surrounding area. This is why the researchers decided to go with longer-wavelength red lighting.

The eyes on giant squids are optimized for shorter-wavelength blue light. So, by equipping the vehicle with red lighting, they could light the area while not annoying the squids. Throw in a fake jellyfish as bait, and the vehicle was ready to look at the giant squids more closely.

And that’s where this new video of a giant squid attacking its prey comes into play. The video was captured by an underwater vehicle between 550 to 950 meters deep in the Gulf of Mexico. The researchers used the vehicle to explore the Exuma Sound near the Bahamas. And it was while exploring that they were able to capture the video of the giant squid.

The researchers have been using this method of studying and observation for almost twenty years now. In 2004 and 2005, they captured two large animals on camera. Then, in 2019 they finally captured video of the giant squid attacking its prey. And, based on the footage, we now know more about how giant squids hunt.

That’s because the researchers had placed olfactory bait around the area. However, the giant squid ignored it in favor of visual signals. As a result, the researchers believe that giant squids may be visual hunters. Additionally, the squid stalked the prey for around six minutes before attacking. Another fascinating hunting trait we were not yet aware of in giant squids.