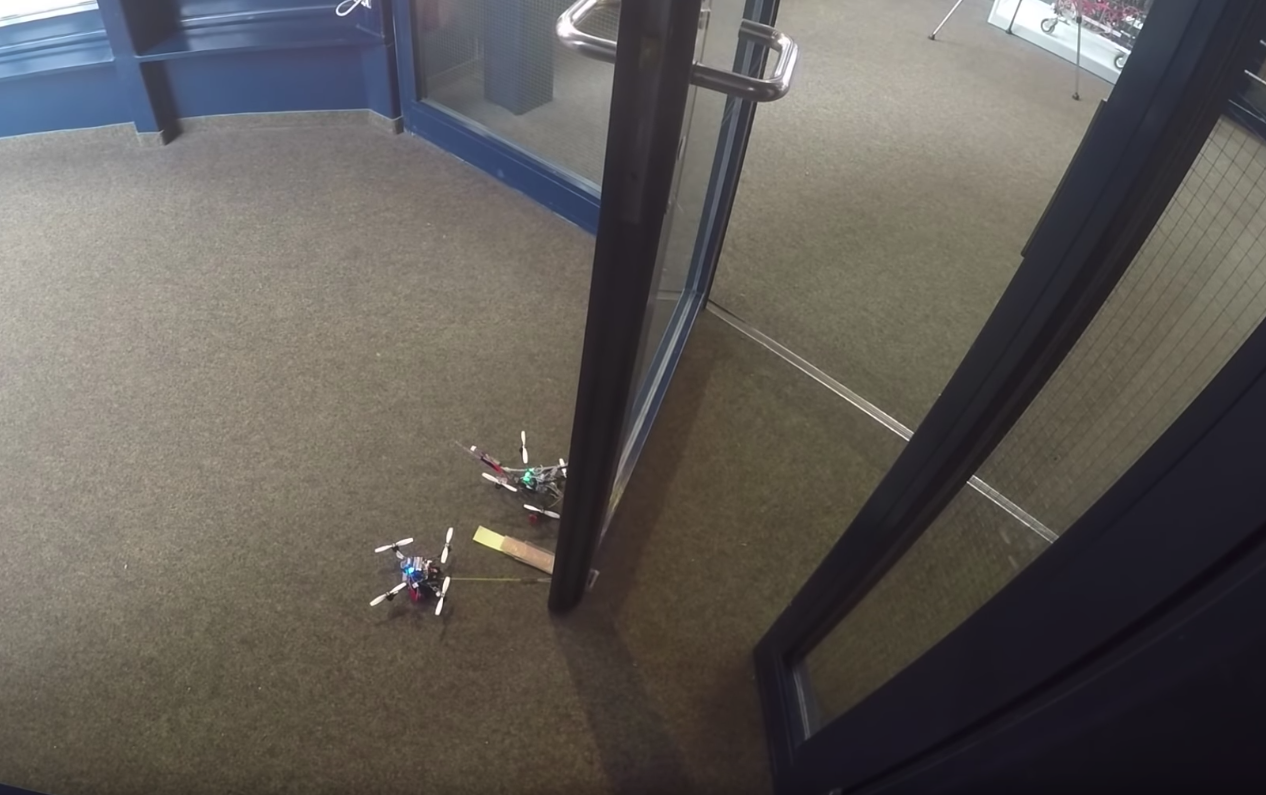 One of the most promising things about advancements in robotics is the potential applications for things like disaster recovery. Humans are great at rescuing each other, but we often can’t squeeze through areas that are cut off by debris, making it difficult to sweep through busted buildings in search of individuals who might be stranded within.

A new kind of drone developed by scientists from Stanford University and Research could be an incredibly useful tool in such scenarios. The tiny “FlyCroTug” drones are not only small enough to navigate cramped areas, but can also pull many times their own weight in order to access new areas and even open doors.

“Teams of these drones could work cooperatively to perform more complex manipulation tasks,” Stanford University student Matt Estrada told IEEE Spectrum. “We demonstrated opening a door, but this approach could be extended to turning a ball valve, moving a piece of debris, or retrieving an object of interest from a disaster zone.”

The pint-sized drones are specially equipped to handle large tasks thanks to an innovated anchoring system that allows them to tether objects, brace themselves, and then pull firmly. In the video posted above you can see a pair of the drones in action, making relatively short work of a heavy door so that a third drone can sweep through. A paper on the development of the drones was published in Science Robotics.

It’s important to note here that, while the drones are extremely capable for their size, they still require remote control from a human operator. These are not AI-powered drones that just do things on their own, but that’s not to say such advances couldn’t be made in the future. For the time being, the drones being handled remotely makes a lot of sense, especially in disaster scenarios when finding someone stuck inside a crumbling building is often a race against time.